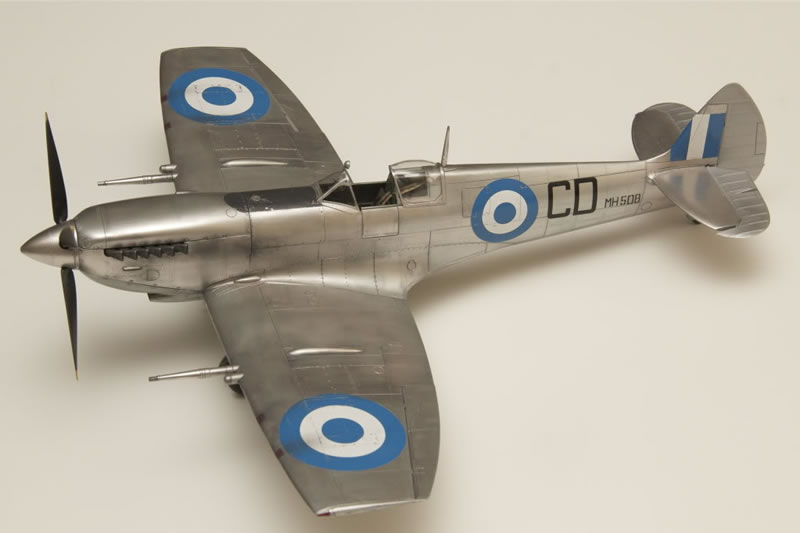 A few years ago I found a picture online and just had to build the aircraft in the foreground. It seems it was the only bare metal Spitfire in the Hellenic Air Force, while the other silver birds appears to have been painted. I did some research (Or checked what other people had researched), and got a confirmation from my Greek friends that the aircraft was indeed stripped bare. The serial was confirmed in the IPMS NEA magazine (an excellent publication), which Fotios Rouch was kind enough to send me.

Not much to say. Excellent kit. Painted with mostly acrylics, a spray can of Tamiya TS-30 Silver Leaf for the canvas rudder and elevators and the BMF was done with the Plaid Treasure Gold™ Silver wax, a finishing technique I have been working on for some years now.

Oh, some bits and pieces and most importantly, the wheels, came from Barracudacast. Can't be praised enough.

It might seem that the silver coverage is poor in places. It might be, but in daylight, or under a normal light, you wouldn't see it. The camera flash "burns" through the paint and shows the finish to be more patchy than it is. Though the finish IS patchy, on purpose. Just not that much. :-) 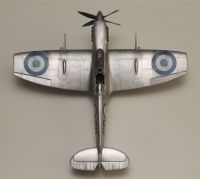 The wax, Plaid Treasure Gold - Silver, comes in a small bottle cap and can be bought at craft stores, Amazon or directly from the producer. I use a piece of cloth wrapped around a finger to apply it, a little at the time. It takes a bit of work to get used to the procedure, finding out how much pressure you should apply and how much wax you need on the polishing cloth. The paste dries up fairly quickly inside the cap, so I'll always apply a few drops of lacquer thinner before I start. 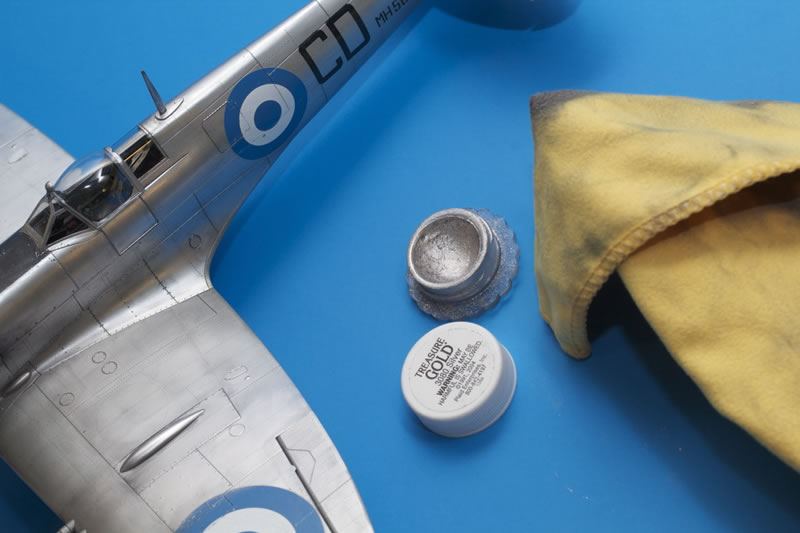 Actually I did make a video for another forum some time ago. Very amateurish and the choice of words could be better, but you get the drift anyway.