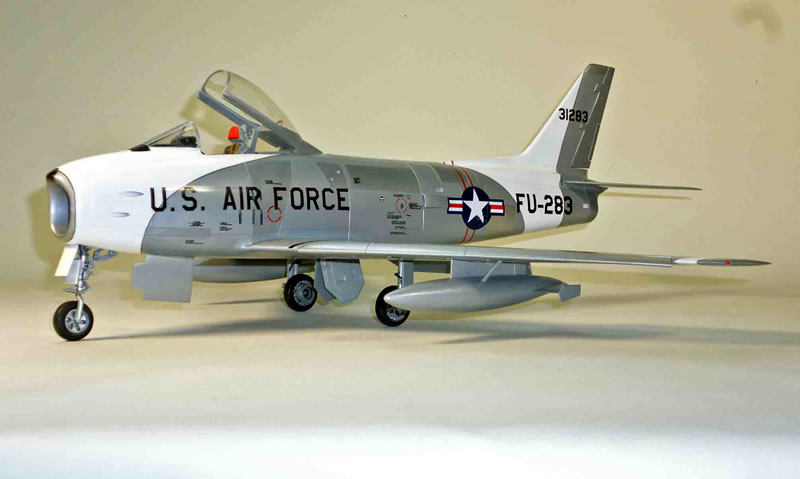 The F-86H has always been my favorite ’86, and I even converted a Hasegawa F-86 when that kit was still new (roughly 100 years ago). However, since that model is now in friend’s collection, I thought I would do another one. Although I knew of the commercially-made resin conversion set, I don’t think it is widely available anymore, and, since the conversion is really rather simple, I decided to just do it the way I did the first one.

The major work involves the deepening of the fuselage by 3/16 inch from nose to tail. The photo is the best description. However, this being modeling, there is always a downside. In this case it is that the intake also has to be deepened, which means inside sanding, but since the ‘86 intake curves up rather steeply behind the cockpit, you don’t have to do it all. 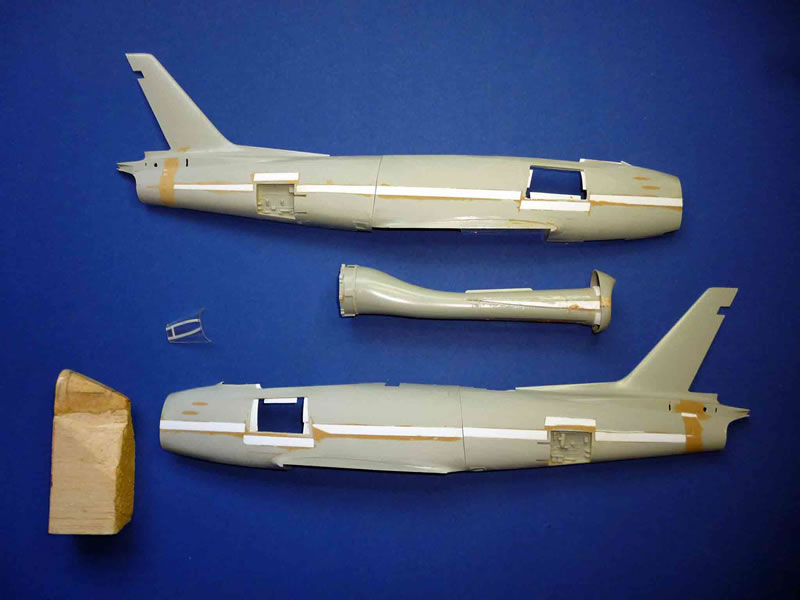 In addition to the increased depth, however, I had always felt that there was something wrong with the lines of my original model and so spent some time trying to figure out what it was. I finally decided that the kit windscreen was the problem; it was too short and the clear portions were much too small. Therefore, I carved a new mold and made a new windscreen which I think really helped the looks.

The canopy is also different in that it is a clamshell instead of sliding back, so that also required some work to change, Not really difficult, but fiddly-- . I modified an aftermarket resin seat to look more like an H, and made some required changes in the cockpit interior. Another major necessity is to lengthen and add considerable detail to the nose gear. 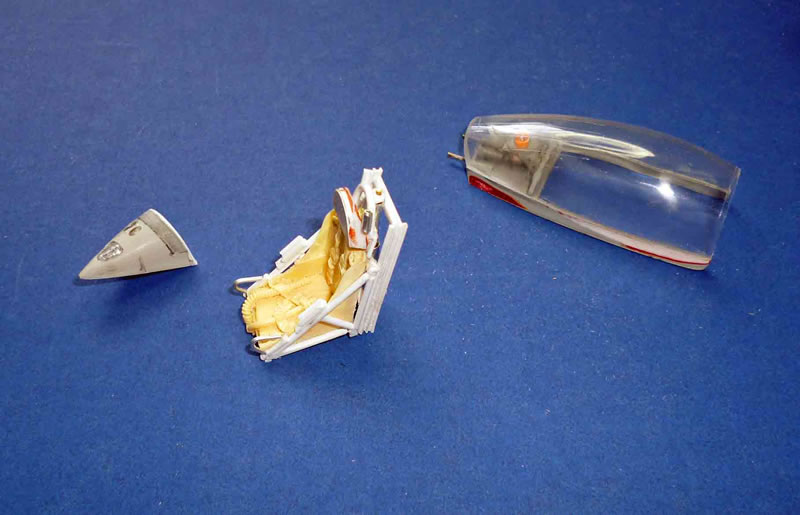 The color scheme I found in the Ginter book on the F-86H (The F-86H Sabre “Hog”). It was a black-and-white picture and the caption stated that the color of the high-viz panels was fluorescent red. However, the more I looked, the more I had serious doubts. I have stared at many (many) pictures of High-Visibility markings over (far too) many years, and have never seen one with the color showing as light as the picture implied and besides, there are number of aircraft in that era, some of which I have seen at Davis-Monthan, that did in fact have white markings. Therefore, I made the executive and deeply introspective decision that it’s my model, so went with white, which also, I think, looks cool.

Decals came from a number of sheets covering ‘86s and some (serial numbers, USAF, etc.) were done on my computer and printed onto clear decal sheet.

In summary, this really isn’t a terribly difficult conversion and it results in what I think is one of the more attractive members of the Sabre family. 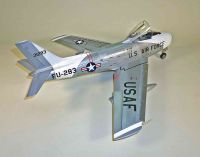