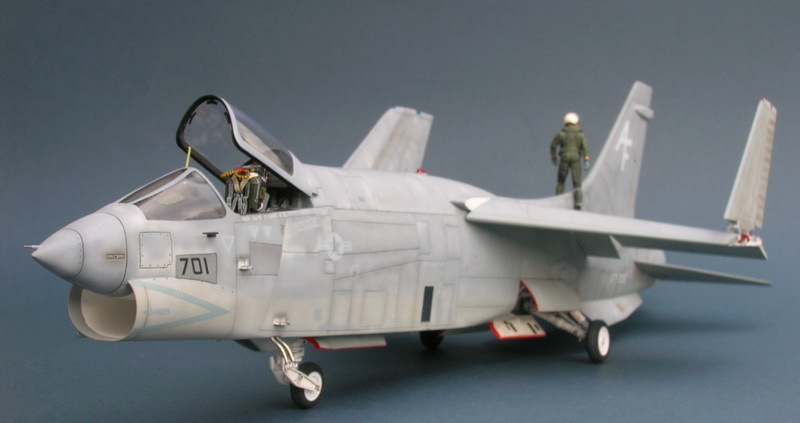 It's been a while since I've finished a model, but after around 14 months of work, I was finally able to finish my last model, a scratchbuilt RF-8G conversion based on Trumpeter's F-8E kit. 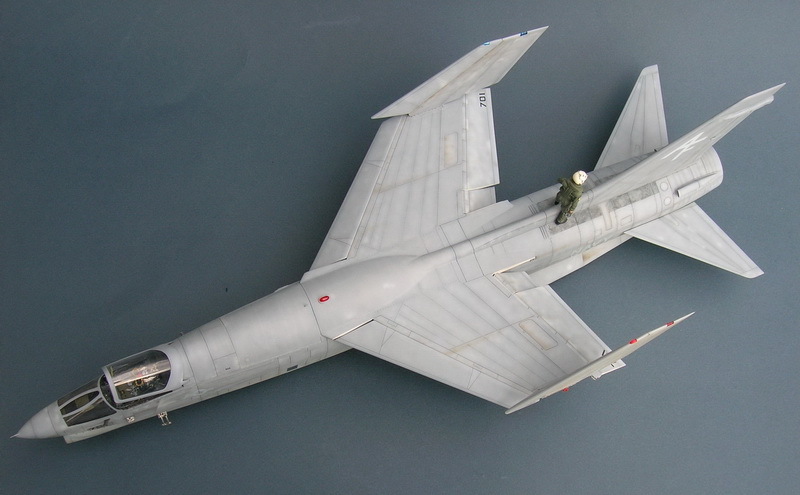 Initially, I wanted to do the conversion using the Tigger Models vacu kit but I found it being too much out of shape. In fact, the only piece left of the vacu kit is the hump just behind the cockpit - the flat fuselage sides, the underside and the camera bay interiors are fully scratchbuilt. The cameras are heavily modified parts from Revell's RF-4C kit which I have received from my mate Patrick Spitaels (thanks a lot, mate!). In addition, I have used the Fisher models F-8C nose and windshield which is a pretty good base for the RF-8G nose. I have just slightly revised the nose shape and added the viewfinder just in front of the air intake.

The wheel wells, engine and the cockpit come from Aires. There are a few modifications to do in the cockpit: the instruments need to be slightly re-arranged and the viewfinder must be added. Then, the RF-8 has a small additional console housing the camera control switches on the RH side, just behind the windscreen. This is easily scratchbuilt using some plastic sheet. 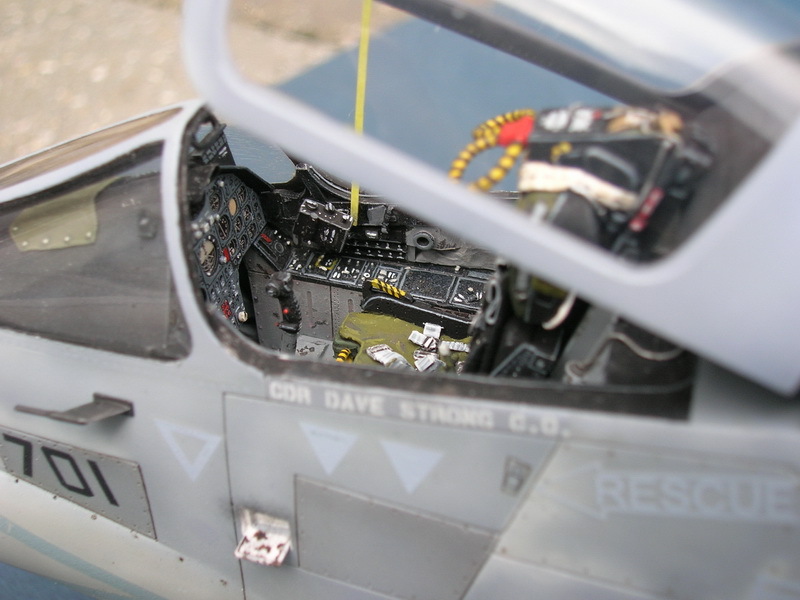 The camera blisters on the fuselage underside are vacu formed - so are the bulged portions of the forward landing gear doors.

The forward landing gear of Trumpeter's Crusader is heavily oversized: the landing gear leg is about 5mm too long, the tyre is too big in diameter and the fork holding the wheel is way too big as well. The leg has been shortened, the tyre has been replaced by a modified one coming from Academy's Hornet kit and the fork has been fully rebuilt.

The antenna housings on the vertical fin and behind the air intake are scratchbuilt, so are the boarding steps. 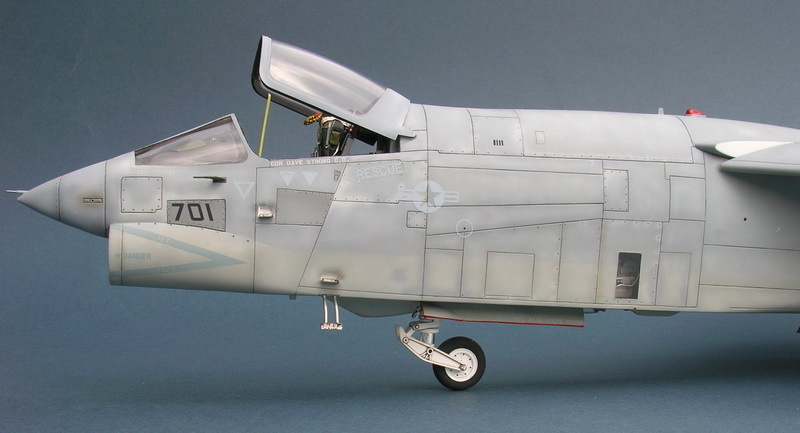 Trumpeter's wingfold section is well detailed and comes almost from the box. I have just added the gasket on the slat and some wiring. The outer edges of the flaps have been rebuilt as well. 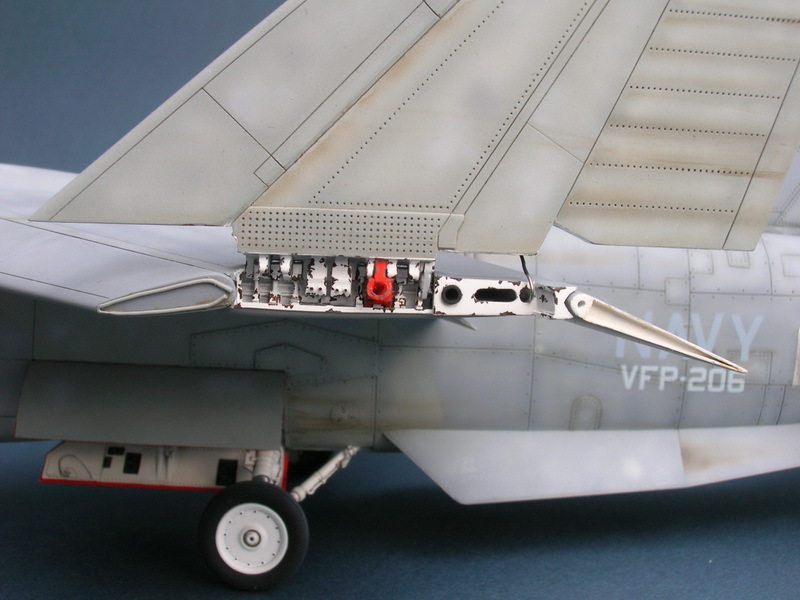 Being a big fan of low viz birds, I have chosen a 'late' RF-8G - the very last one to be precise. BuNo 146860 is exposed at the Steven F. Udvar-Hazy Center near Washington Dulles International Airport. The big advantage is that there are quite a lot of photos of this bird around. I have tried to put the typical touch ups at the same places as on the real aircraft - I'll let you judge if I have succeeded or not.

As there are no decals available, I have drawn them by myself using Adobe Illustrator. They have been professionally printed in Czech Republic. 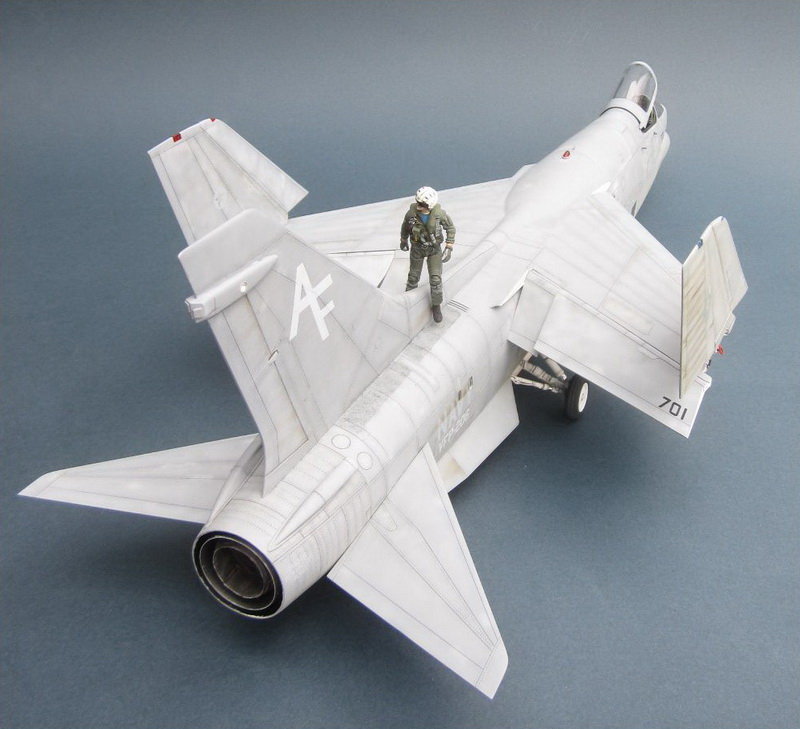 The position of the pilot on the rear fuselage has been inspired by a great pic I have found on airliners.net. 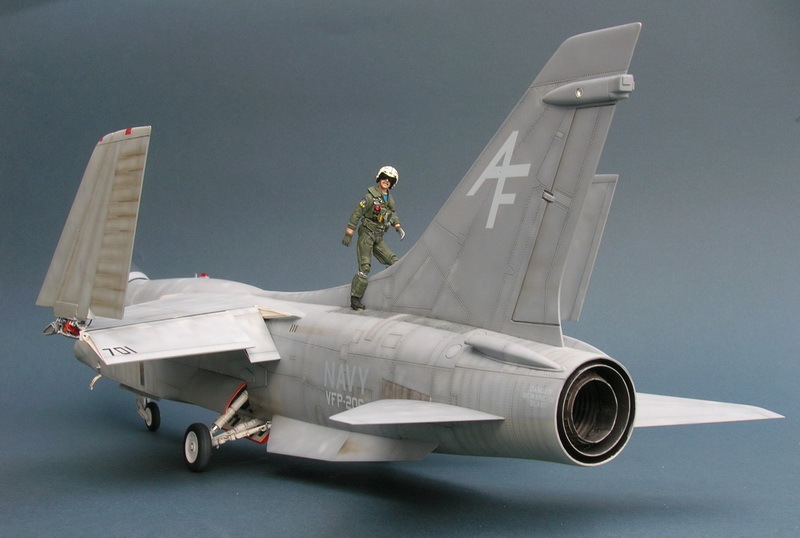 The figurine is the good old Verlinden 'Top Gun' pilot with modified arms and legs, painted with Humbrol and Andrea colours. The diamonds on the helmet and the VFP-206 patch are among the decals I have drawn. 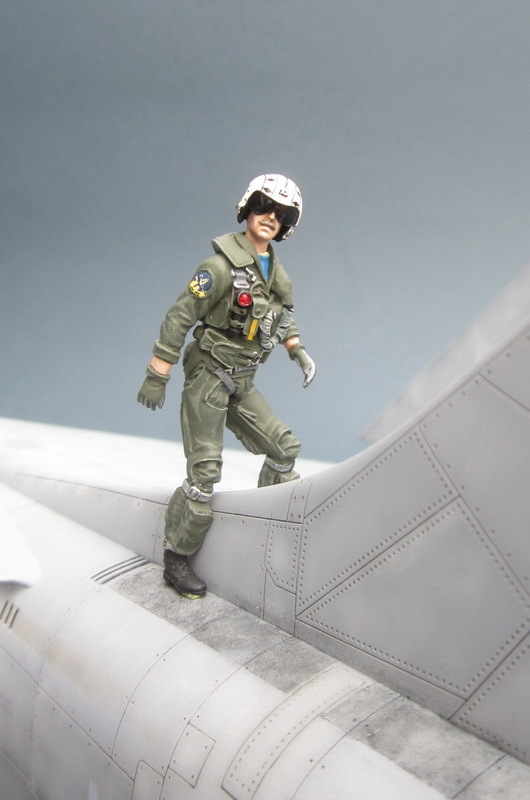