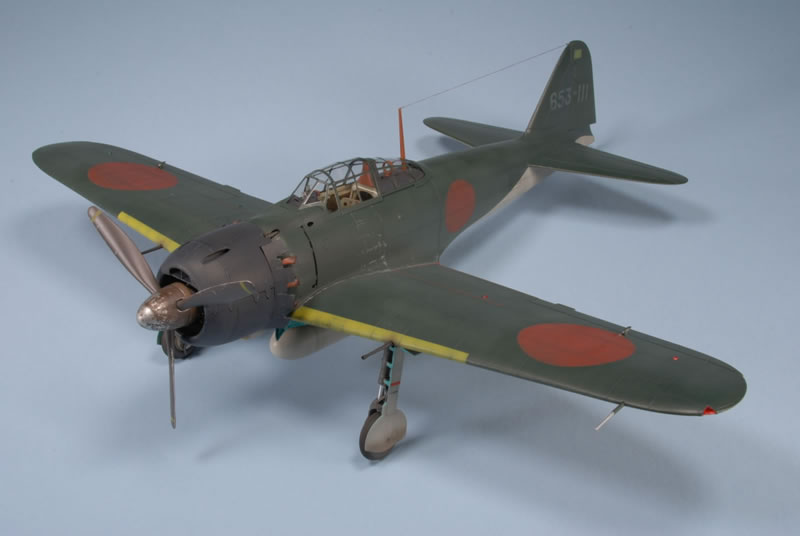 This is the first LSP I ever started back in September of 2008. Being one of the first of Tamiya's super kits, any problems I encountered were most certainly my own doing. I added a lot of wiring in the cockpit and engine, other than that it is OOB. Markings were all masked and sprayed using masks by AdAstra and Montex, with the small serial number square on the left rear fuselage being a dry transfer from HobbyDecal. Ian from AdAstra made my custom sized hinomaru masks, while the tail numbers were from a Montex set. All others including the wing warnings, propeller stripes, landing gear load indicators, and leading edge identity stripes were masked with Tamiya tape. Colors used were custom mixed Tamiya acrylics. The cowl halves do not line up perfectly as they are removable to show the finished engine. Thanks for looking in!