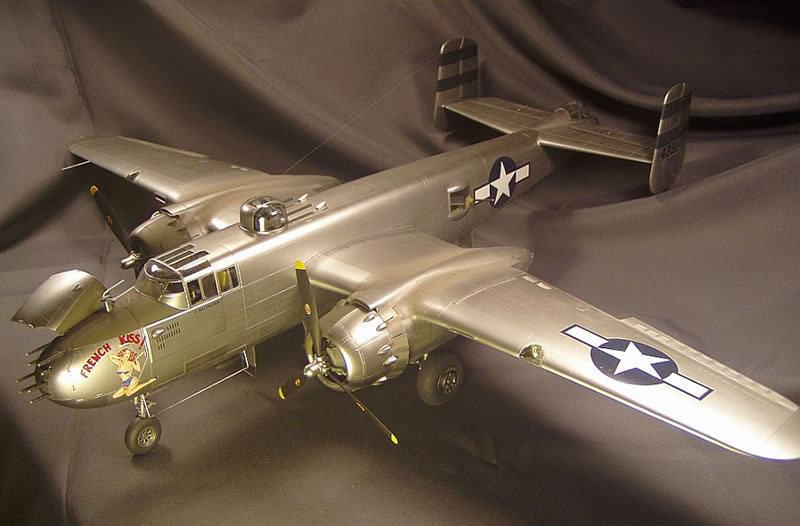 Very nice kit. I added several after market items such as AMS gun sight, props and engine fronts, Eduard bomb bay and cockpit details, Brassin main wheels. I scratched built the radio racks, radios and bulkheads behind the pilots area. The seat cushions are made from Milliput. Seat belts are from FineMolds. The gun barrels are by Quickboost and the landing gear is by SAC. The rocket stubs are Isracast. I am waiting for Jerry to send me a new tail gun boot. I sent him mine to use as a guide for his new ones so right now I have no tail gun boot. Exterior paint is Alclad while the flight deck is White Ensign Dull Dark Green. The rest of the interior, except for the bomb bay, is green zinc chromate. Bomb bay is Alclad dark aluminum. Decals are Zotz. I hope you like it! 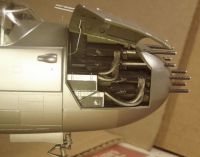 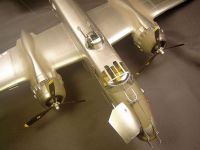