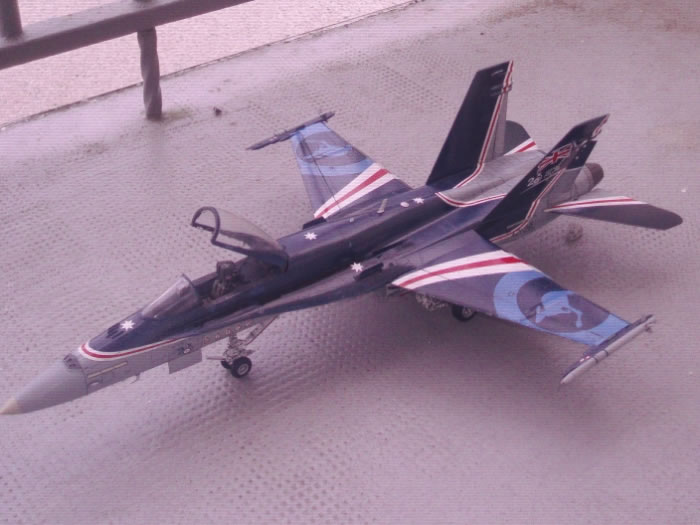 A21-26 was painted in this scheme in 2005 to celebrate 20 years of F-18 service in the Royal Australian Air Force. It appeared at the Avalon Airshow in Melbourne in 2006.

It's a fantastic scheme. The decal set comes with 7 pages of decals including the Pilot's helmet decals!!! And 2 ASRAAM resin missiles with decals to depict the dummy ASRAAMS carried on the jet for show purposes. Leading Edge made the decal set back in 2005. 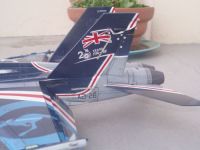 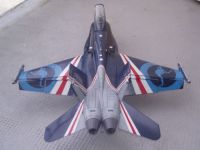 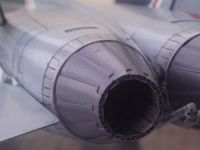 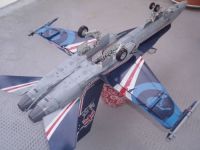 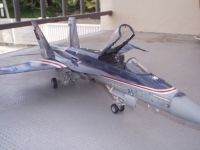