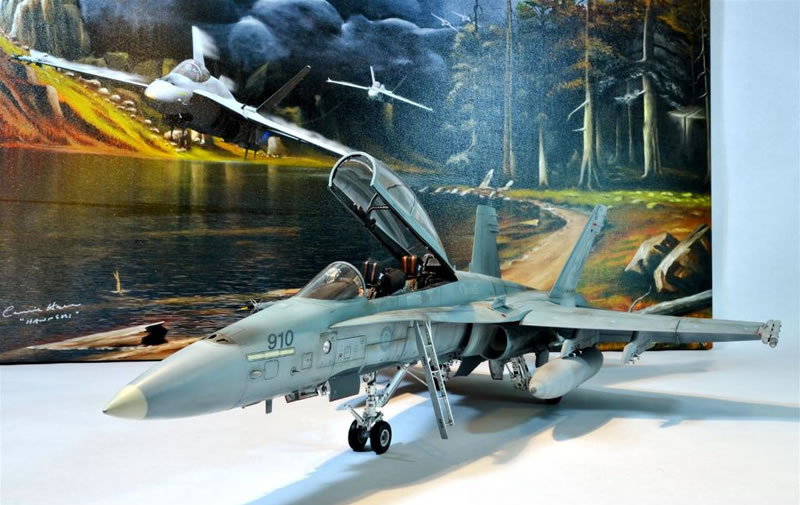 I built this Canadian CF-18B about 3 years ago which was when I first attempted scratch building stuff and adding lots of after-market kits to the build. This "Legacy Hornet" is one of the original trainers that I had the opportunity to photograph extensively when it was brought to our Calgary Stampede 4 1/2 years ago. It looked fairly tired then and I believe it is now in storage, since it was never upgraded. Dozens of names have adorned the cockpit sill, but I left them off since I didn't want it attached to any one pilot. This weary bird taught many to fly the Hornet, so it belongs to no one.

I threw lots of stuff at this build as well:

Plus lots of scratch built plumbing and wiring in the gear wells and cockpit. My modeling and photography skills weren't quite what they are today, but it still turned out pretty good if I do say so myself.