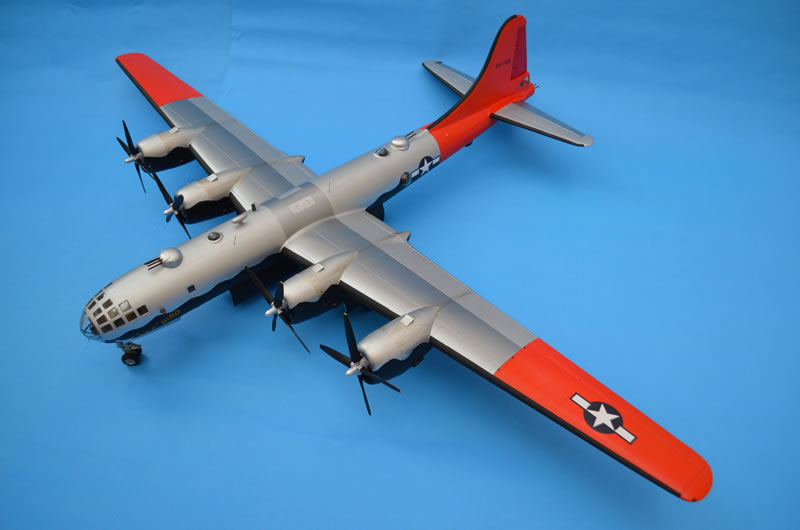 This started life as a basic vacform from the old ID Models range (now available from John 'Tigger' Wilkes: 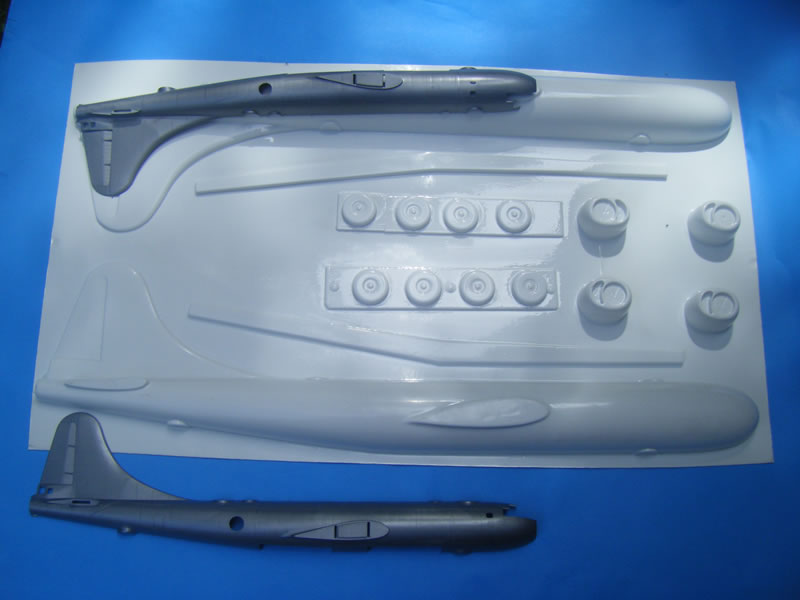 The 'small' fuselage in the above image is the 1/48th Monogram B-29 which I used to guide me throughout this build.

There was absolutely no interior with this kit so it has all had to be made from scratch. The tools of the trade were simply Evergreen strip, plastic card and Milliput, plus plenty of good references.

Here's the cockpit under construction: 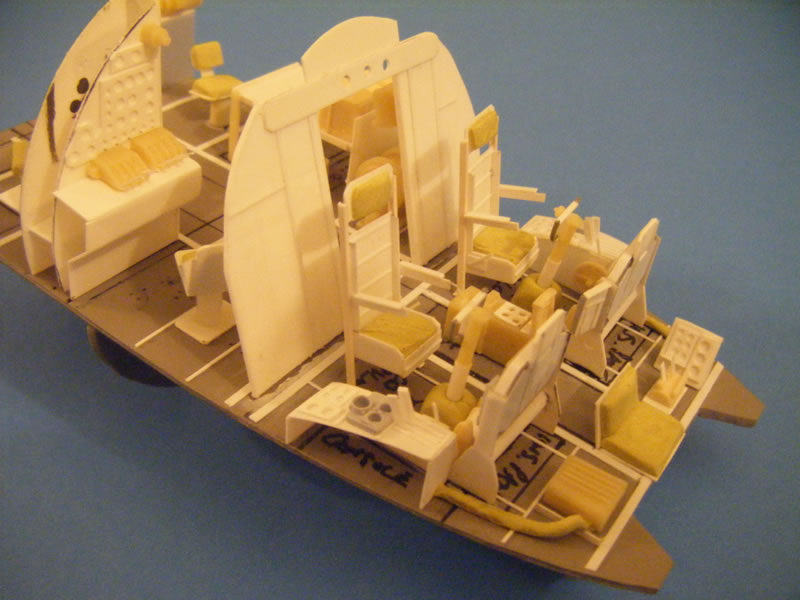 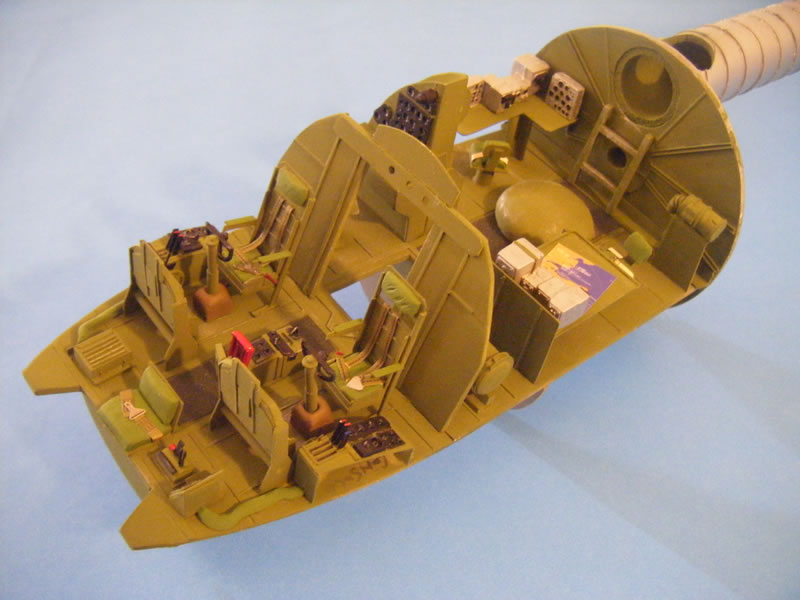 The whole interior received this treatment, along with the bomb-bays and wheel bays.

I chose to finish my model as "Kee Bird" which crash-landed in the Arctic after the crew became lost and she ran out of fuel in 1947. Laying undisturbed for nearly 50 years this aircraft was sadly lost during a recovery attempt in 1994.

Due to her long range snooping over the former USSR, "Kee Bird" was fitted with four long-range auxiliary fuel tanks in the bomb-bays; these too had to be made from scratch: 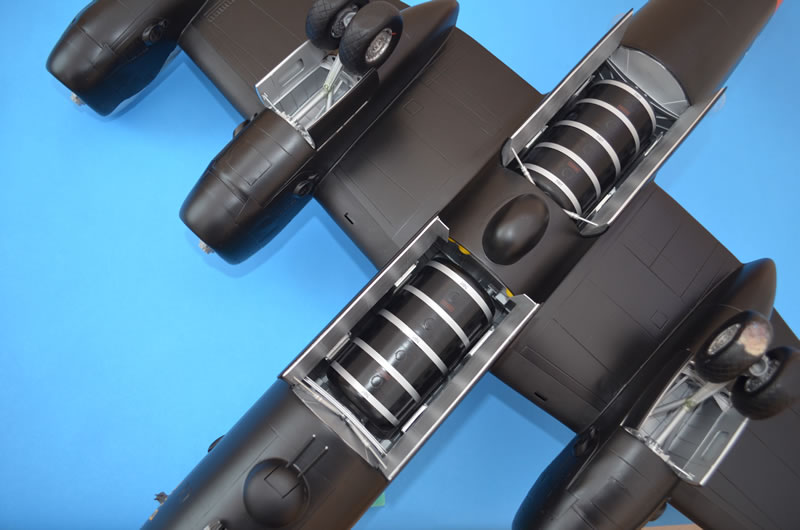 There were no engines or propellers in this kit so the engines were castings of the ZM Skyraider engine, and the props came from a Vintage Fighter Series P-47, which after a little re-profiling fitted perfectly: 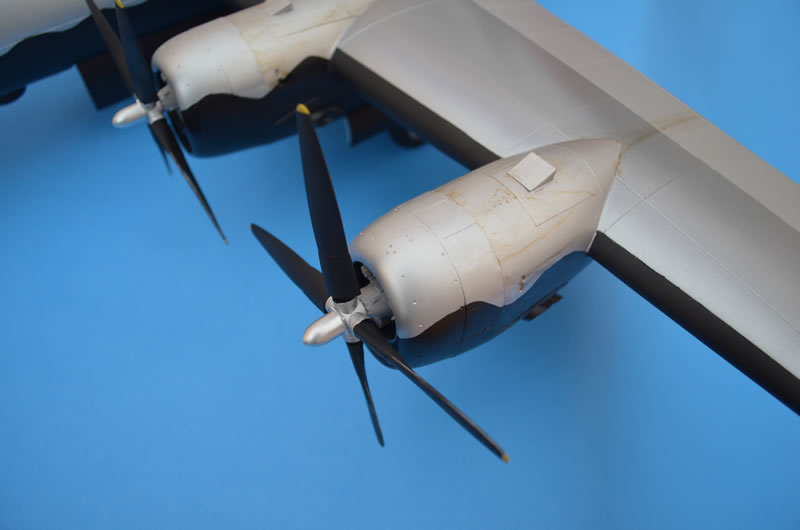 The cowl flaps were made from drinks can alloy to gain a scale thickness: 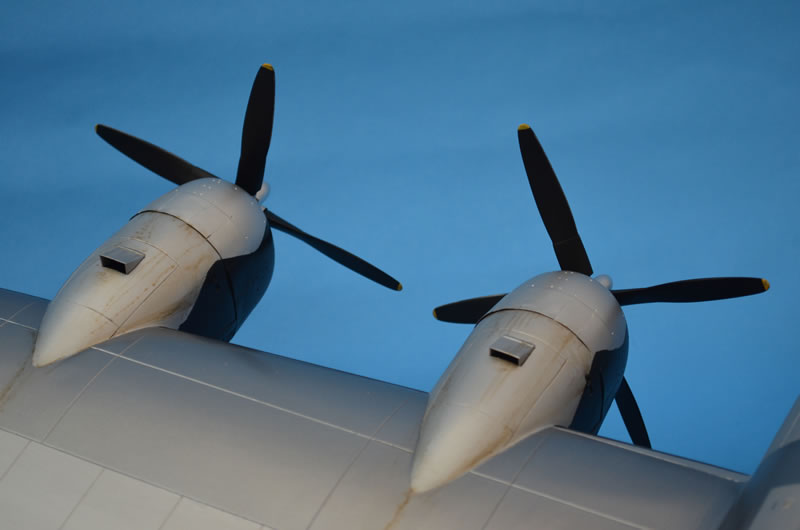 The kit's transparencies were used for the observation/gunner blisters: 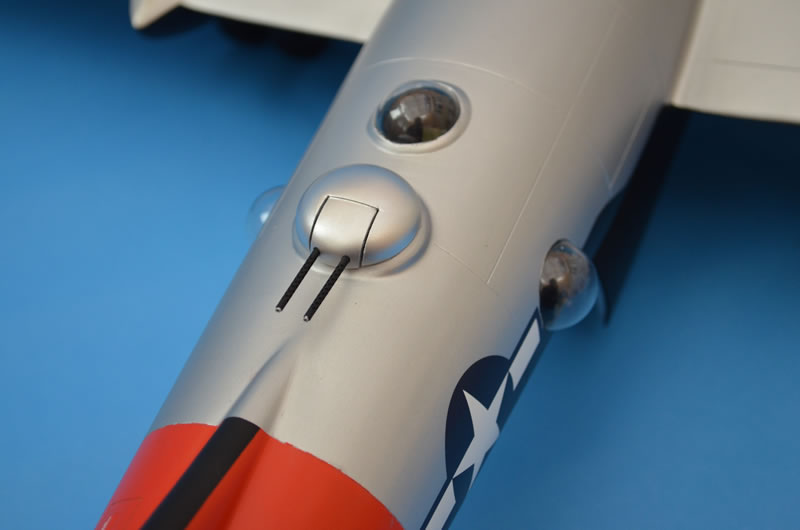 The clear nose was also the kit's, but for the other windows I simply dropped clear acetate into the apertures I cut earlier in the build: 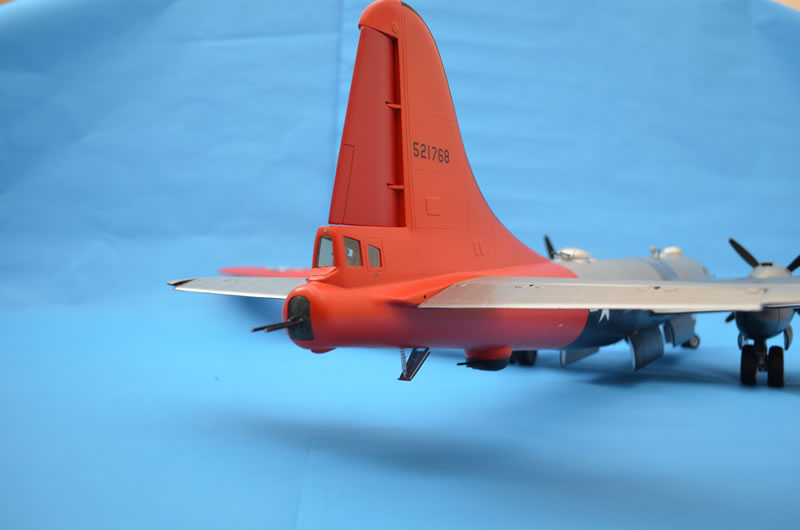 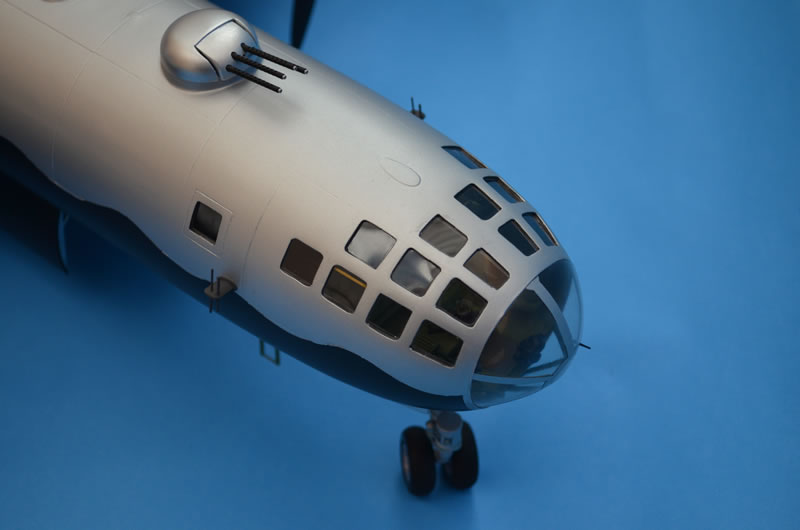 Here follows some general detail shots as well as some pictures of the completed model in its entirety: 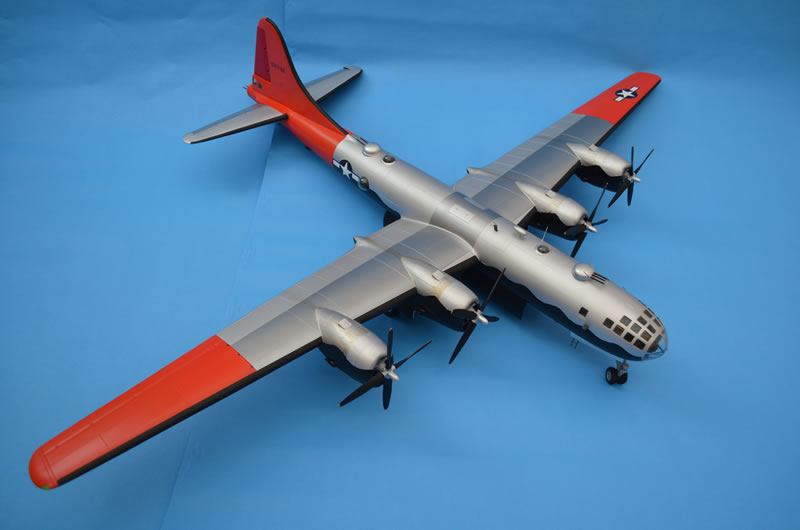 The guns came from Aries: 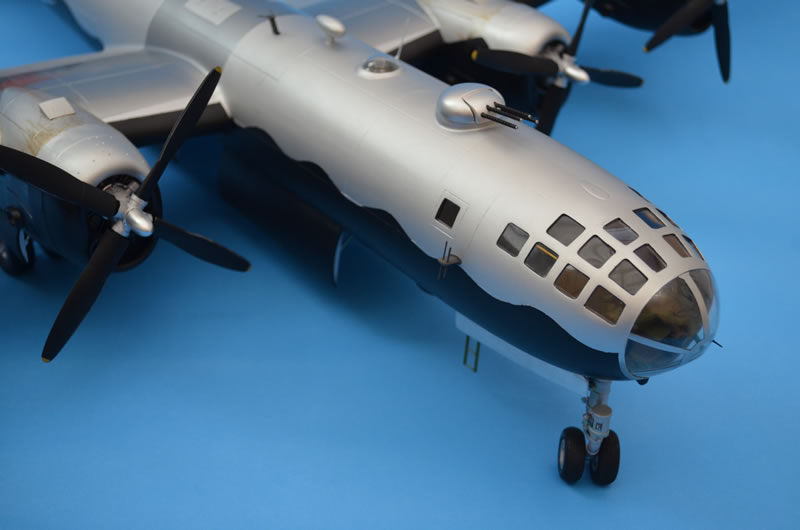 The nose-art was my own doing: 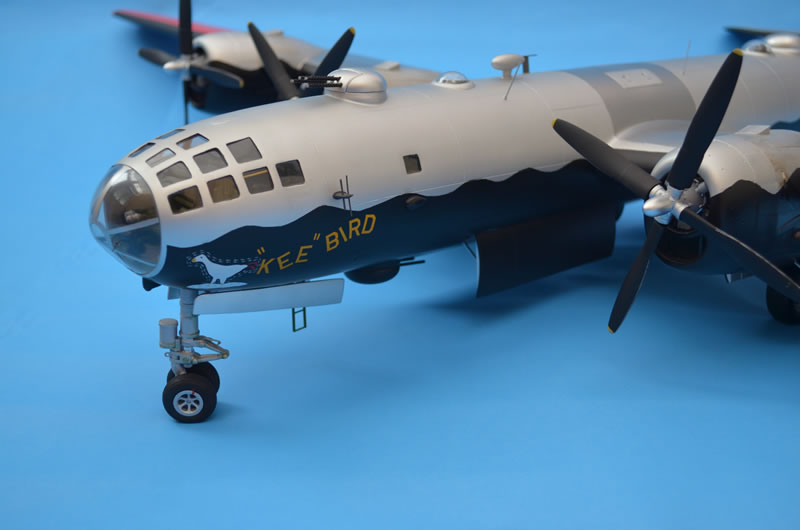 The elevators and rudder were scratch-built: 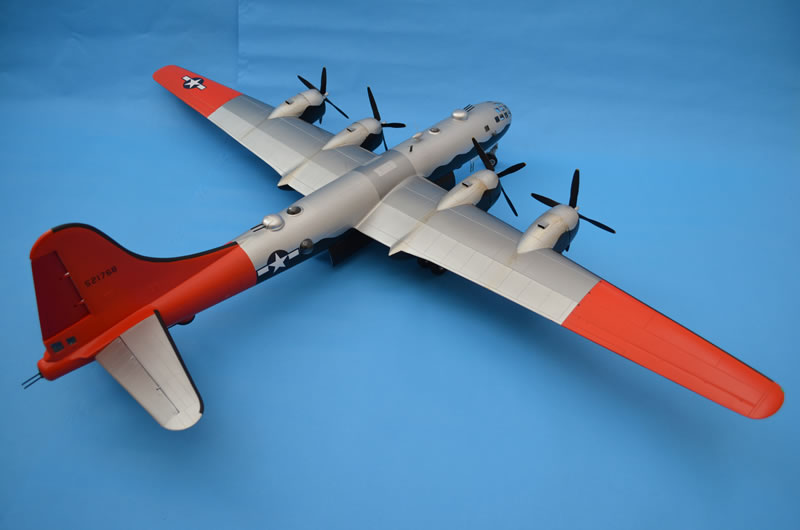 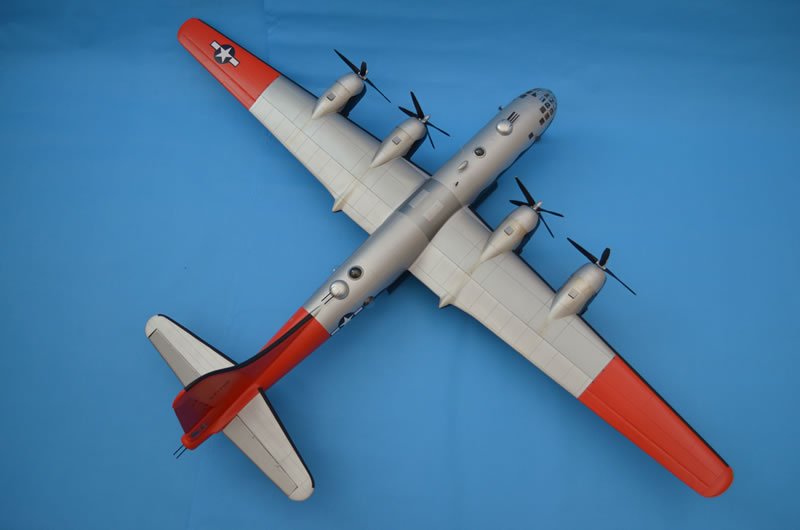 All paints were automotive acrylics straight from a spray can. This picture also shows my scribing efforts to good effect - there was no surface detail whatsoever on the model: 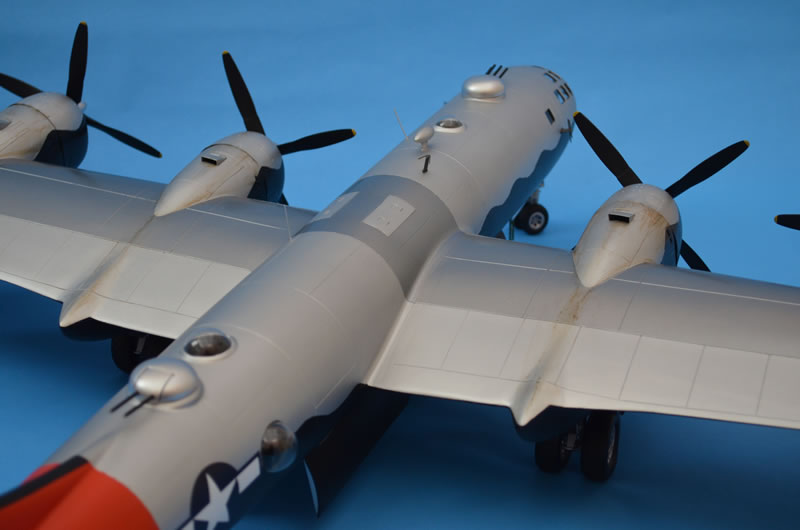 And to give a sense of scale to this model... this is a 6-seater dining room table! 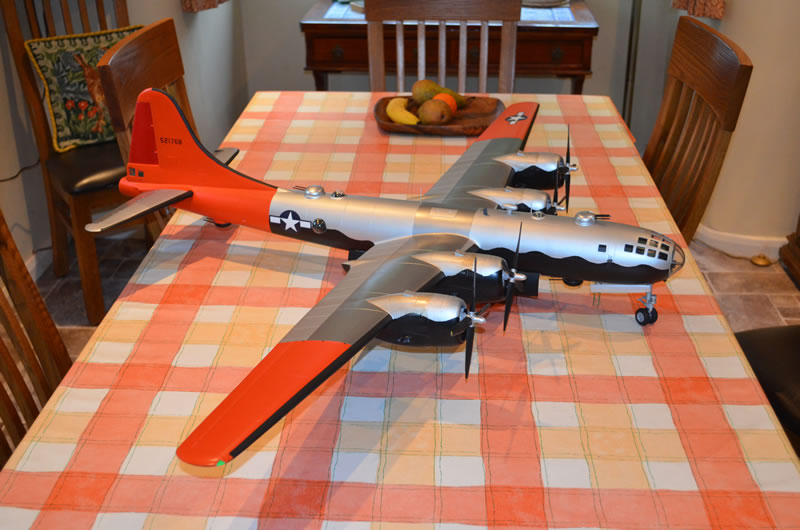 Although it threw some challenges my way, this was by far the most enjoyable and fulfilling build I've completed to date.

Many thanks to those who helped me out with the engines and main wheels - you know who you are! There is a build thread of this model in the LSP forums.