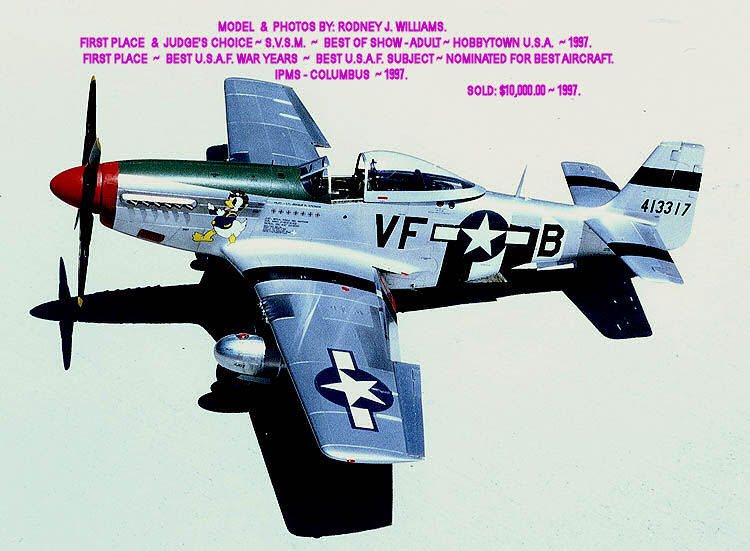 It’s been over 18 years since I started working on this model for one of many clients and it’s the third big model that I am super detailing with lots of hand-made parts. We call this “scratch building”.

When I started building for my first client in the early 1980s I was ask to keep records of my hours on a daily log, including what I did each day. Hey! they are paying the bill so they get what they want.

My records show that I expended a bit over 400 hours in building the wheel wells with a total of 2,143 hours.

Many years ago Steve Bamford, dba “Aircraft Resource Center” posted this model on his website in a four-part series. They have been called ARC for quite awhile now and can be reached at www.arcair.com. I checked in on them last week and they still list all four parts to my model under the “prop” category. If desired, you can go see it all.

In 1997 a lady by the name of Sandra D. Merrile wrote a book about her “Uncle Donald” with a title of “Donald's Story”. I received a signed copy of the book from Sandra. Sad for sure, Donald got killed on Christmas Day in 1944 in another P-51. I copied a few photos from the book and have included them in my story.

Super Scale once made a Donald Duck P-51 decal sheet, however the “DUCK” was not the same as what Donald had on his Mustang.

Since I have an excellent “art” talent from childhood I drew the “Duck” that Donald had on his first Mustang then my client had “Archer-Fine Transfers” make the dry transfers for this model.

A photo of my “test model” shows how the transfer fits on the model. The client was 100% happy with it so another transfer was applied to the finished model.

Long ago I cut and fit most of my photos of the “in-progress building process” onto several sheets of white typing paper then took photos of them with my 35mm camera.

Here are these photos for your viewing pleasure.

One such photo shows my brass landing gear yoke, axel and torque links. I hand crafted one “master” using brass, then had a jeweler who cast via a system they call the “Lost Wax” process. He was very expensive at $150.00 for the mold then each gear was 25 bucks. So for $200.00 I got what I wanted which was a prefect 99% gear unit for my clients model. 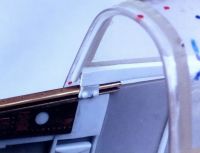 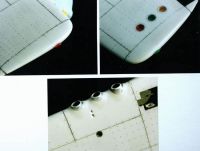 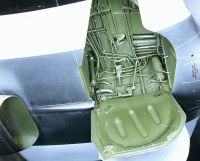 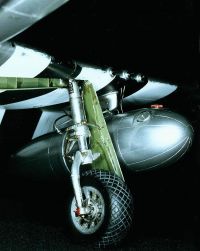 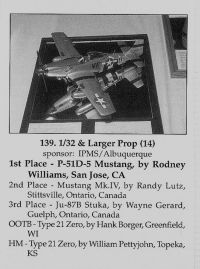 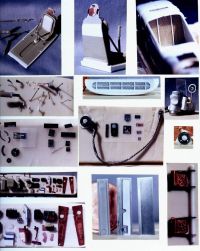 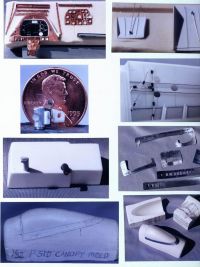 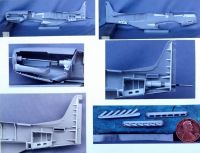 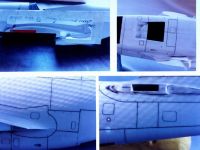