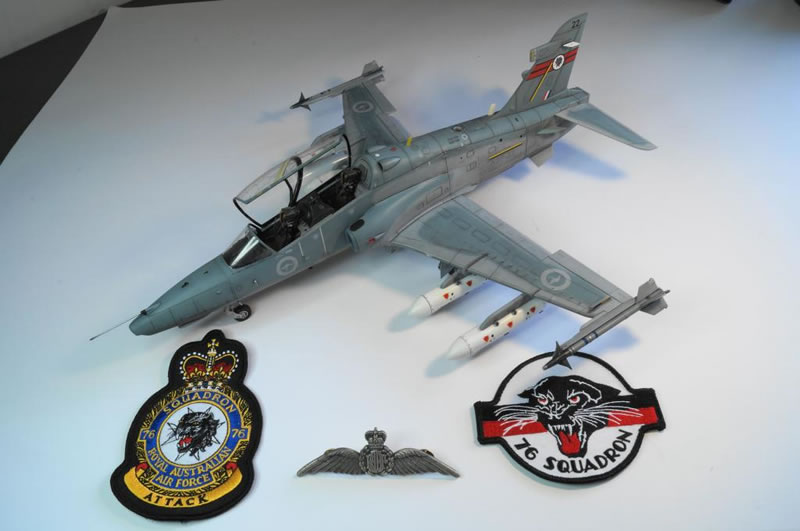 Here is my Hawk 127 that I converted from the new Kinetic kit. These are the best pics I could come up with of the finished model before it gets packed away and flown interstate for a model comp*. As I always say, I would rather build than photograph! I am glad it is now finished as it proved to be a bit more of a change from the standard kit than I expected. A disappointing lack of external stores (apart from sidewinders and tank) led to a scratch building odyssey that resulted in both sets of pylons, gun pod and CBLS pods as well as new instrument panels. I would have cast the panels but decided not to as there was another resin set that was released just before I was going to take moulds of mine.

There are a number of people that I would like to thank in helping with making this kit as accurate as possible, in particular: Darren Mottram, Mick Evans and Peter White.

I have prepared a detailed PDF file on the mods and other stuff that I did to it (download PDF, 1.4MB)

Here is the list of stuff I did to the kit (there is more but not mentioned): 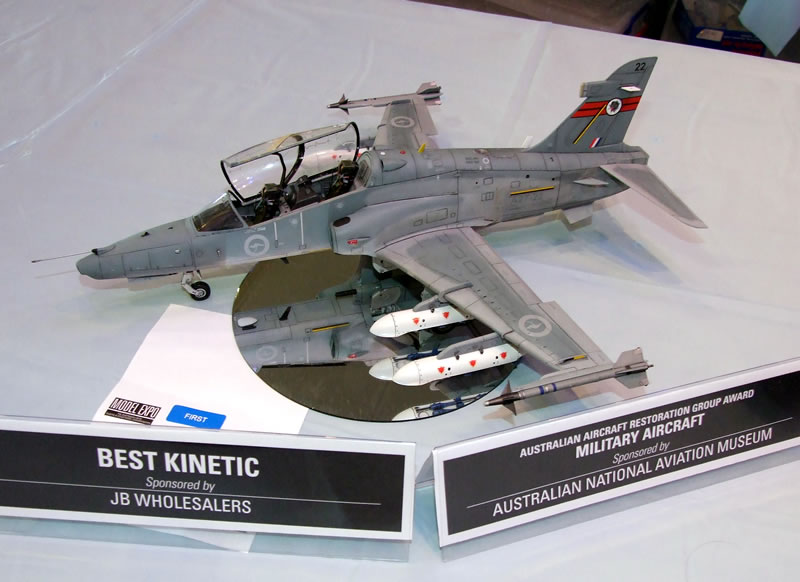