In a previous story I mentioned using “OFFRAY” ribbon for my seat belt and harness straps but I forgot to add the photo. Here it is!

My next project was making the windscreen and canopy so it looked like the photos I had of the real aircraft (see part one).

I had test fit an existing vac-u-form F2G windscreen to the Trumpeter kit but it did not fit properly. I took some measurements so I could revise a new mold. I filled an extra F2G .030” thick vac-u-form windscreen/canopy full of Plaster-of-Paris. I enlarged the FG-1A’s side view drawing to 1:32 scale. 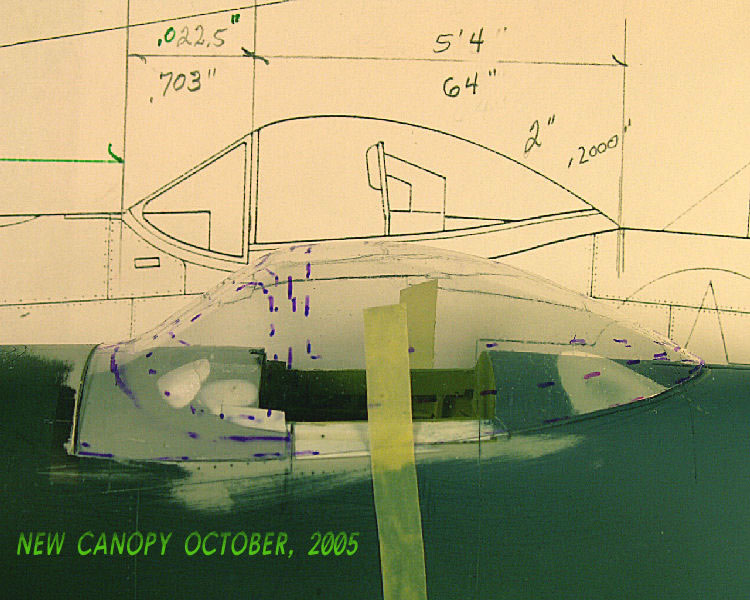 I started to trim some of the plaster off of the cured mold and shaped it to my FG-1A side drawing. I vac-u-formed a new w/screen-canopy, which did not fit just right.

If you “First Do Not Succeed – Try Try Again”, so says an old American slogan. After a few more molds, I got what I wanted.

The new .030” thick plastic was then sanded from 400 to 2000 grit wet-dry sandpaper. I always use 3M’s brand of sandpaper. I change the water every time I change grits. It is then polished with Blue Magic Metal Polishing Cream. A few days later it is dipped into Future Floor Wax.

A week or so later I carefully separated the windscreen from the canopy and sand the edges slightly. The new unit was painted on the inside with Tamiya XF-1 Flat Black paint. I have been using artist Frisket-Film for about 3 decades to mask off my windscreens.

One photo shows my 1986 home-made vacuum box, with a plastic holding frame with nails in it. The tube that is sticking out of the box is Kodak’s 35mm film containers. You connect your household vacuum sweeper to the tube. A new toaster is next to it. I was told to “never” use your toaster-oven and/or your regular toaster as you will get left over residue on your hot plastic. 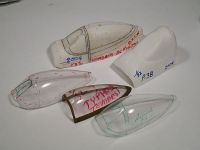 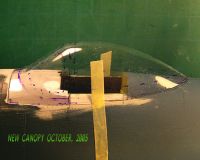