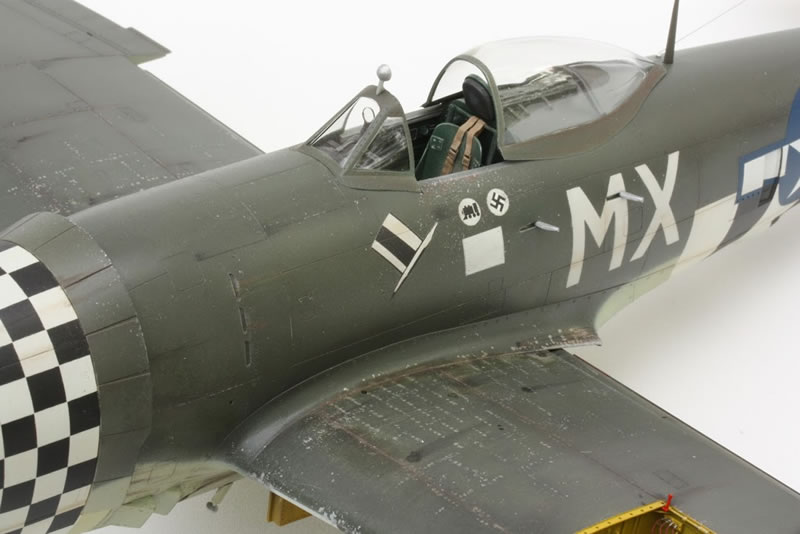 This is a P-47D (78th FG - 82nd FS) I built in 2009 as part of a diorama whereby the left wing guns were removed for maintenance. The plane was painted, as many US fighters in the ETO, in British Dark Green on the upper side and Sky Type S (Duck Egg Blue) on the under side.

Recently I made new pictures of the model on a white background without the diorama with other details.