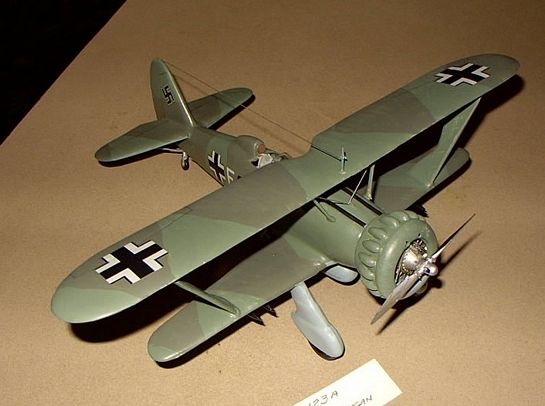 Two years ago at the 2002 NJIPMS MosquitoCon the late John Rucks of Combat Models told me he was coming out with a 1/32nd scale Henschel Hs 123 and he was going to ship the following Friday. Sadly a couple of days later John passed away suddenly. I thought that I had not only lost a friend, but also a source of 1/32nd scale vacuum form models. A few months passed and Rosemont Hobbies revived the Combat line and I immediately ordered the Henschel Hs 123. The model arrived a few weeks ago, and with alot of help from the parts box I built it. The kit is a bare bones vac, consisting of fuselage halves, top and bottom wings, horizontal tail, main gear pants, wingstruts, and cowling which is built up of 20 vacuum formed parts. Everything else you see on the model either came out of the spare parts box or was scratch built. The build wasn't hard, but like most basic vacuum form models, it's not for the beginner. 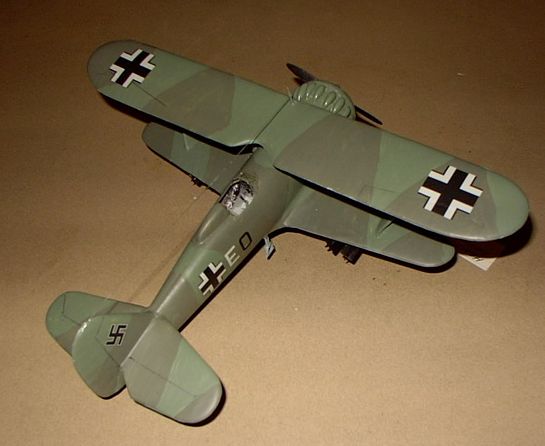 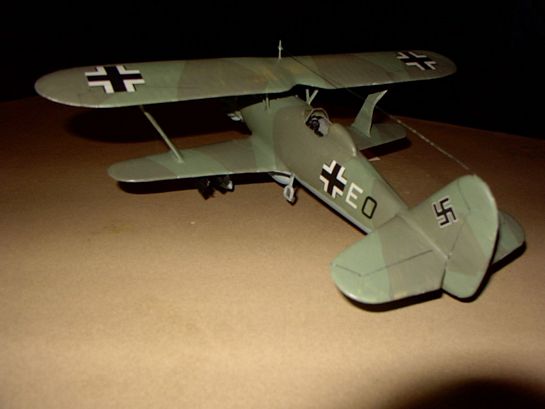