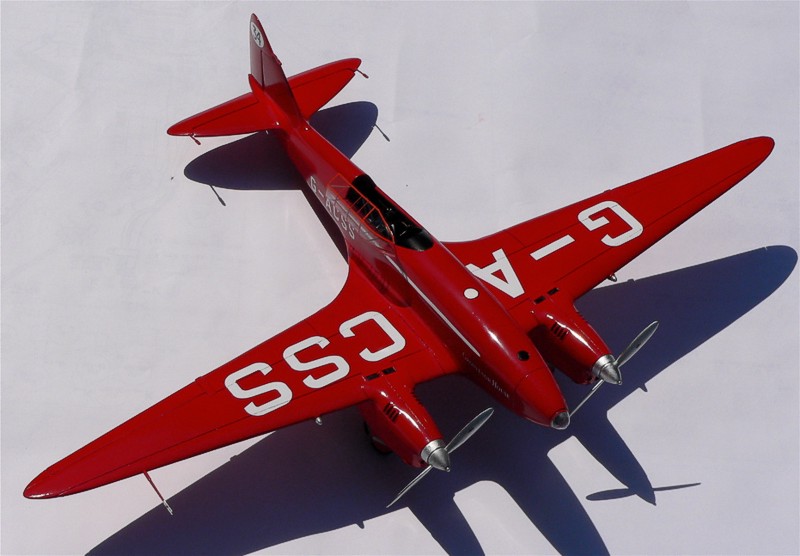 For this project I used the Aerotech DH-88 Comet, which is a tremendous kit! It is build mostly OOB except for the pitot tube which I redid in stainless tubes. 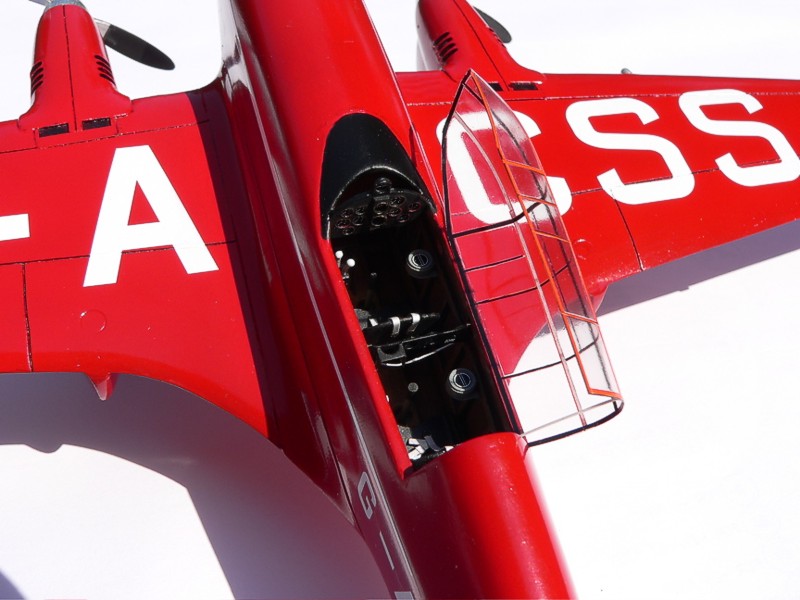 The lines on the canopy are made of decals which were provided in the kit. The only problem is the red lines are backed in white so I had to do them in black and then put the red ones after! Whew! 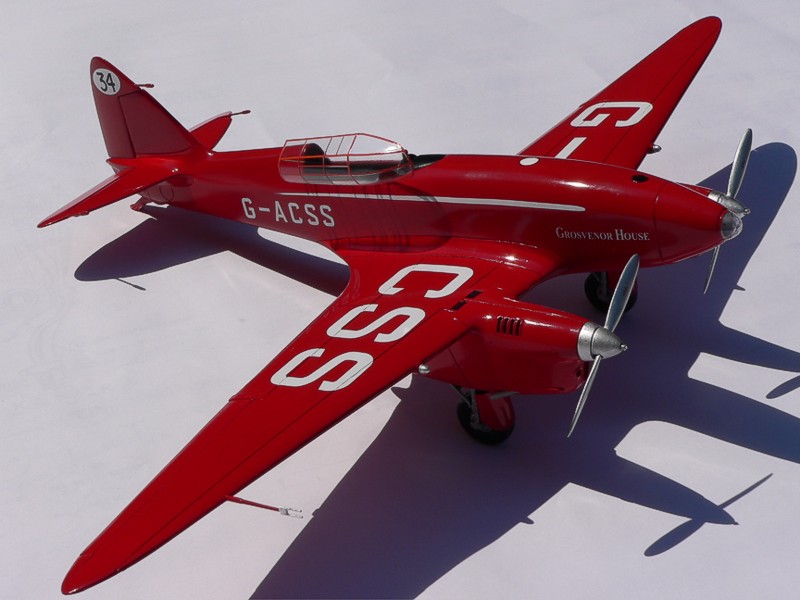 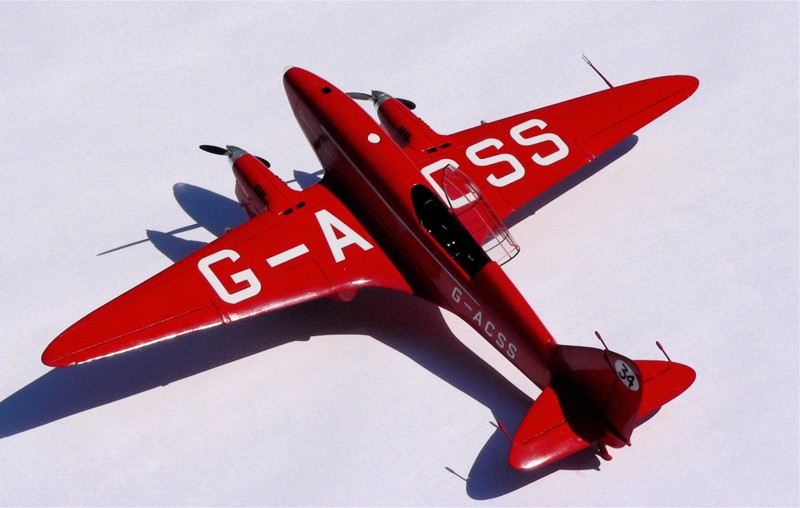 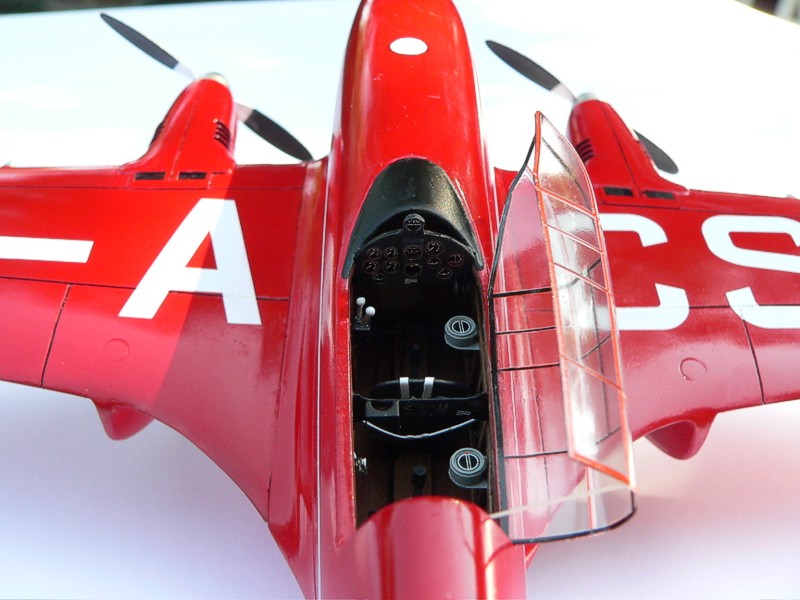