This is the Hasegawa kit with a Phoenix cockpit and Eagle Cal decals. Xtracolor paint was used.

The panel lines were all removed and re-scribed. As 262s had most of their panel lines filled for a smoother “go faster” finish this made re-scribing an easy enough task as most of the fuselage was left smooth. 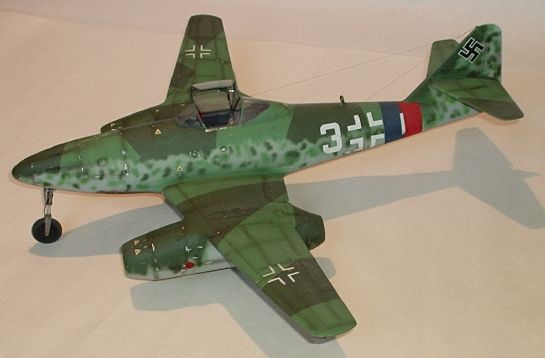 The cockpit set is nicely detailed and features detail for the main undercarriage bay as well. To avoid the model sitting on its tail, a large nose weight was needed. I used white metal salvaged from old war gaming figures, there’s a couple of platoons in the nose of this Schwable!