This model started off as the old Revell Mirage III. I used the CAM issue of the Tac Scale Dynamics conversion set in resin and cast metal. Some major surgery was required to mate the new nose cone cockpit rear fuselage and various other parts to the original kit. 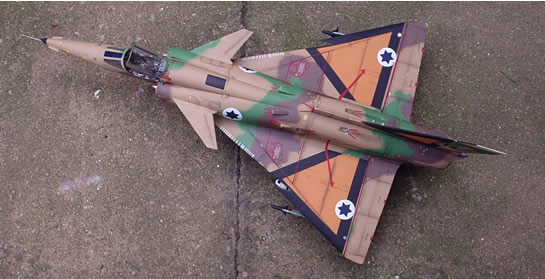 The camouflage was done using Tamiya acrylics. The high visibility triangles are painted on using Humbrol enamels. The stencil data came from the original kit along with the spares box supply. Some were painted on such as the red arrows across the wings and fuselage. The “bar code” like white stripes along the wings leading edge were cut from solid white decal sheets. The Star of David markings came from a set for Israeli F-15s. 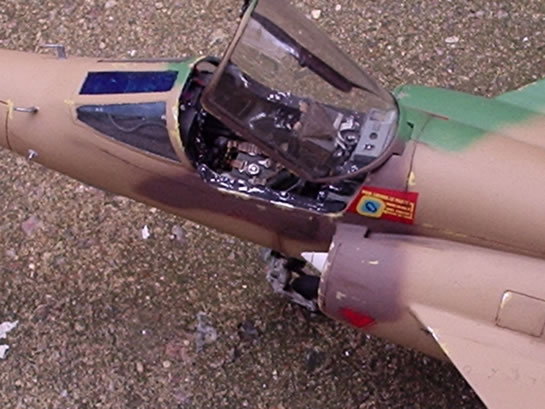 I don’t know if Kfirs carried cluster bombs, but I think they look good on it. 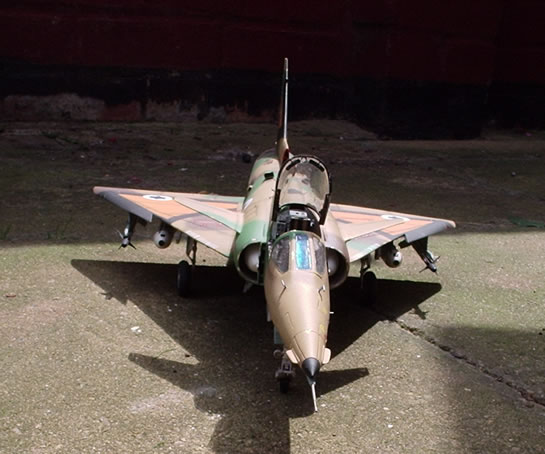 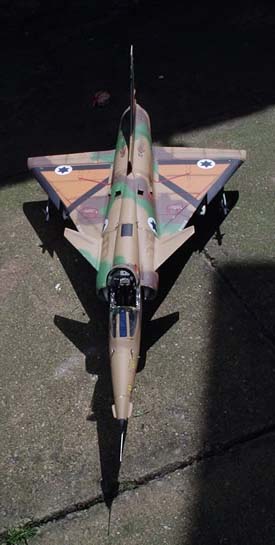