Here is my conversion of the Revell B.IV to an FB.VI, using Paragon's resin conversion set.

The aircraft depicted is HX922, F-EG, as flown by Gp. Cpt. P.C. Pickard on the famous Amiens raid of 18th February 1944, during which he lost his life.

The conversion was done for a friend, who is a Mosquito enthusiast, and took about 100 hours, all told, about a whole tube of filler and a lot of elbow grease to get it all to fit. Some details were scratchbuilt, mainly the cross-bracing on the undercarriage legs (which are totally absent from the kit), and the brake lines. Finding code letters in a suitable size was probably the hardest thing and in the end the only ones I could find weren't quite the right colour and I didn't feel talented enough to paint them on!

All in all, it was a long job, and I wouldn't like to do it again. The figures were picked up at local show (I can't remember the manufacturer), one of which I modified to represent Gp. Cpt. Pickard, complete with pipe in mouth. 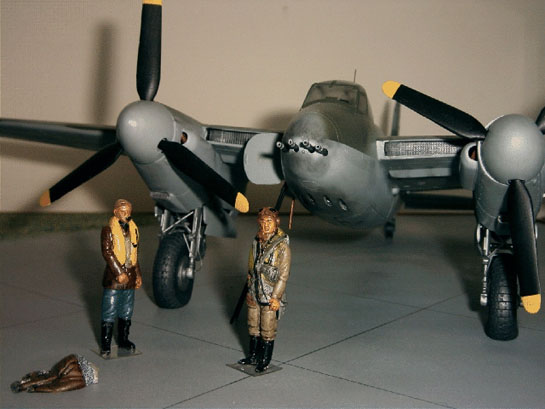 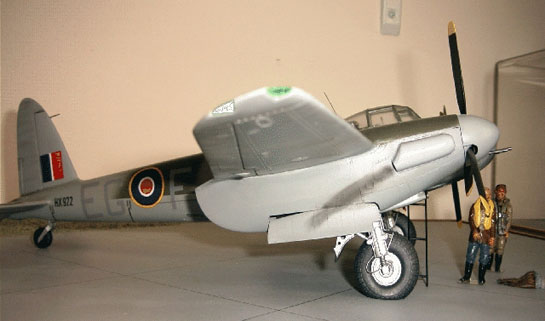 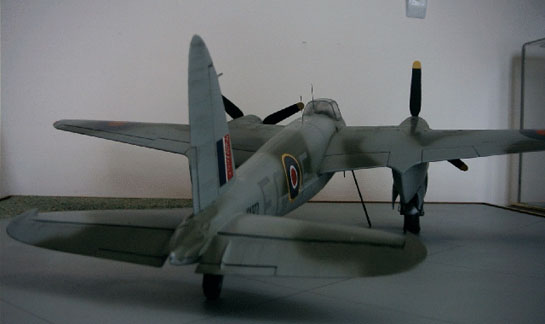 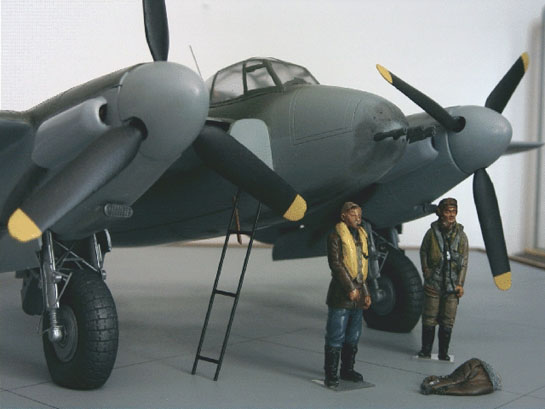 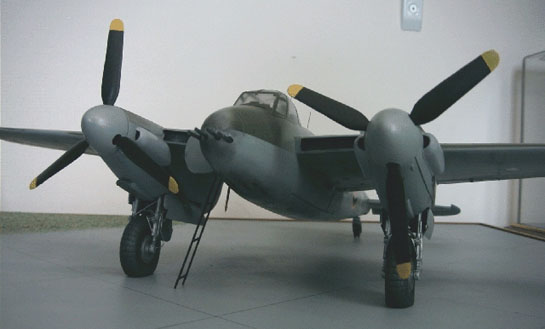