The model represents RS 504 built at De Havilland Hatfield under contract number 555/C23A and delivered to the R.A.F. on Oct 13th 1944. The aircraft served initially with 235 Sqn transferring to 248 Sqn in Dec 1944. Both of these units were part of the Banff Strike Wing. This aircraft collided with the mast of a minesweeper during the wings last mission of the war on May 4th 1945. Part of the mast with the pennant still attached was found embedded in the nose of the Aircraft when it landed back at Banff.

The Paragon conversion set was used as a basis for the conversion. The ventral bay containing the cannons and bomb carrying equipment was scratch built as was the machine gun bay. A 2 part article on building this model has recently appeared in the February and March issues of Model Aircraft Monthly. 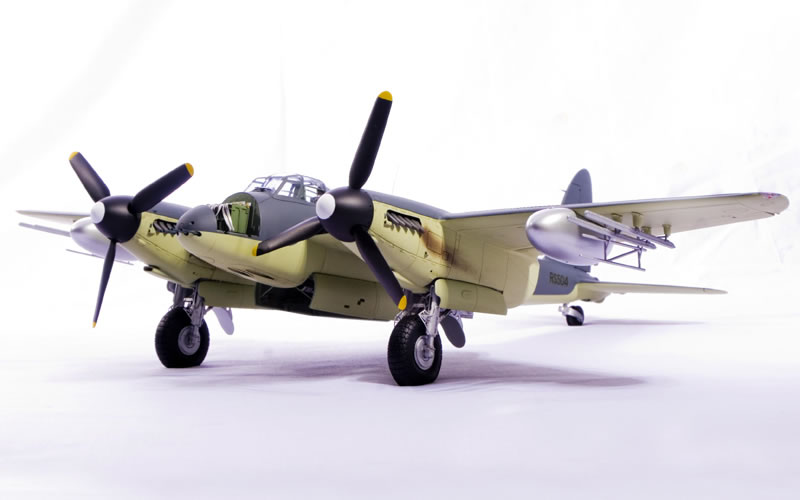 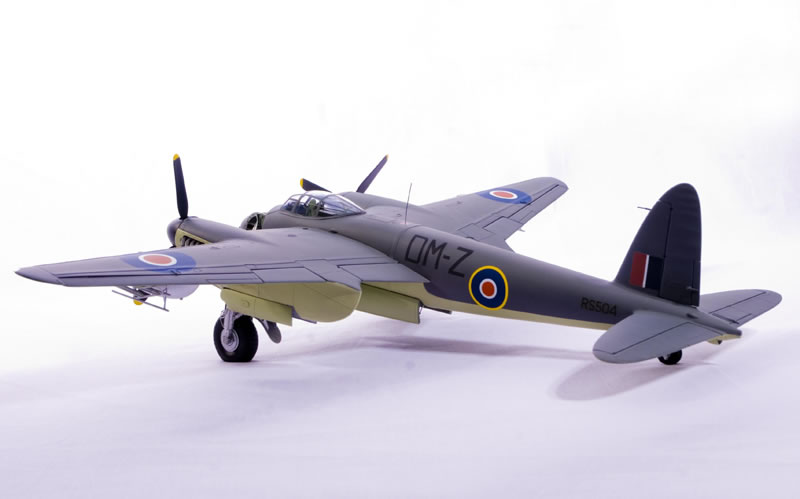 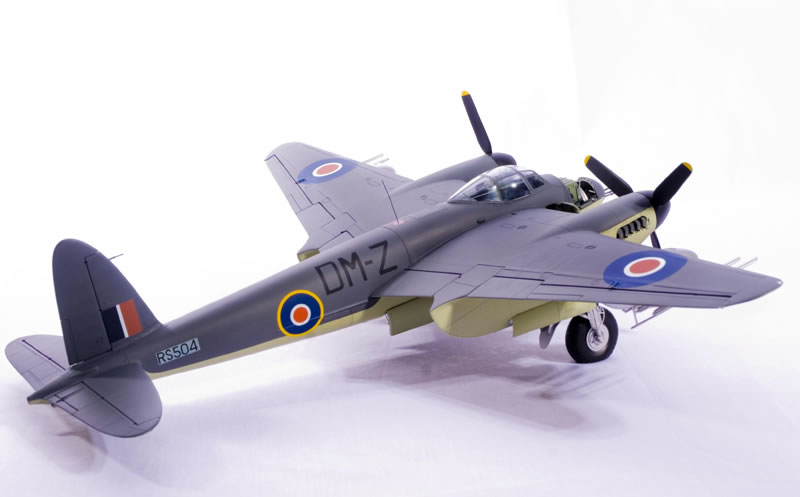 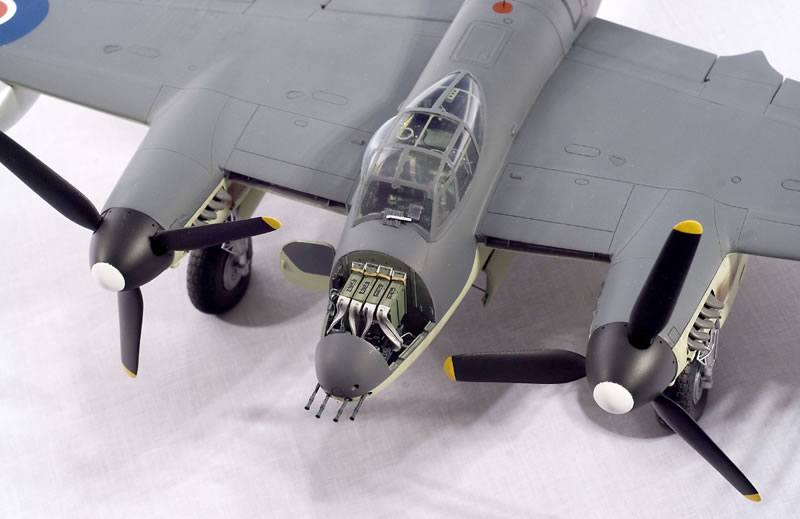 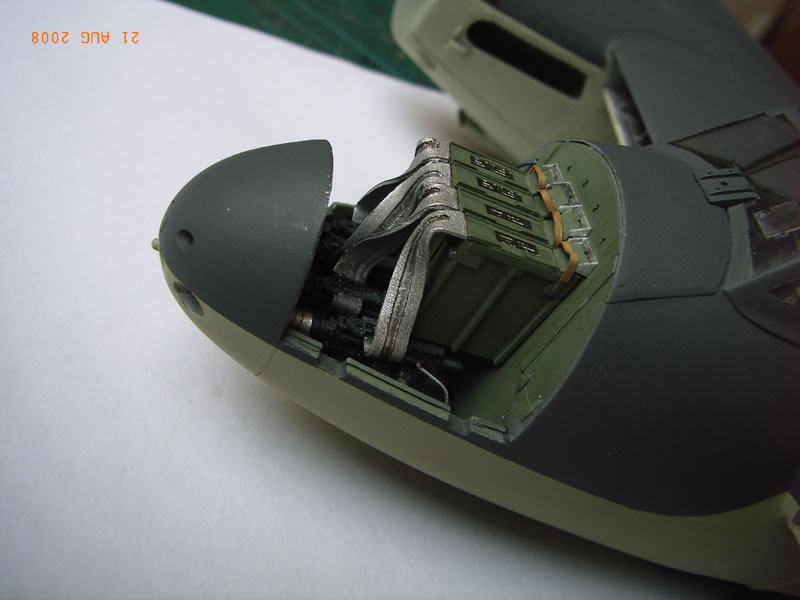 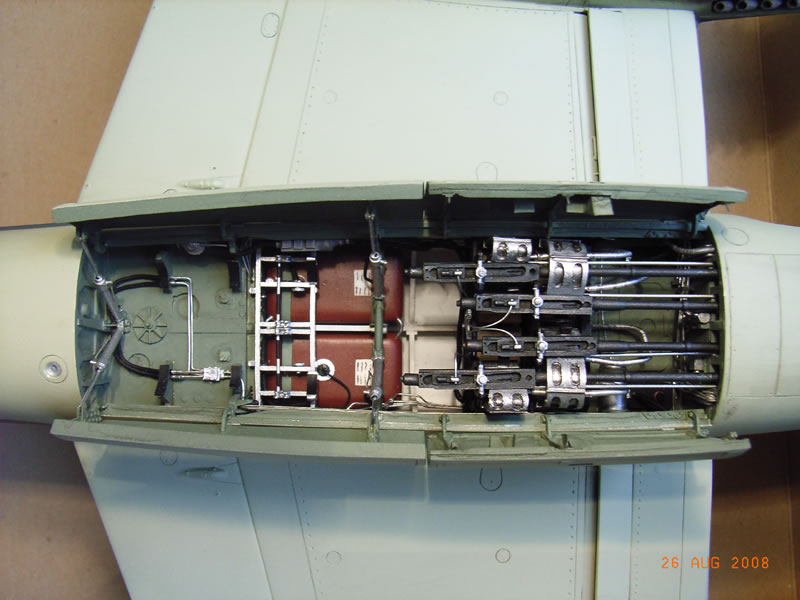