Northrop F-5F from the Revell Kit 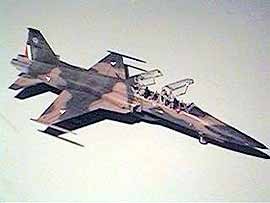 Since the arrival to México in 1982 the F-5E Tiger II has been the backbone of air defense in México,they formed 401st Defense Esquadron named "The Tiger Knights". Twelve aircraft was bought from the USA, 10 single-seaters, FAM numbers 4001/4010 and 2 two-seaters 4501 and 4502. Ther are armed with two AIM 9 sidewinder, MK 82 bombs and rocket launchers for ground attack missions on their hard points, only two aircraft where lost in fatal accidents in 1984 and 1997.

My idea started because in México a modellers club made an were selling a decal sheet for Tigers in 1/48 and 1/32 in Mexican and Chilean markings, Mexican markings include serials and data for both models E and F. So i took the challenge to make an F model.

I also bought a resin kit made in Mexico by the same model club to convert the F-5 that includes: Shark nose, Leading Edge Extensions "LEX" (like F-20), Dorsal fin, Flaps, and Tail Plane tip (out of production both items!!!).

I didn’t cannibalize another F-5, I only bought the fuselage front pieces, a seat, cockpit floor and canopy actuators from Lodela customer service. Then I carefully studied where to make the cut in both sections to preserve the characteristic curve below the front fuselage section.

I needed the space of 5cm back for the rear cockpit and make cockpit side walls. 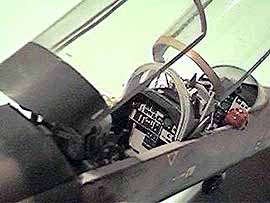 I scratchbuilt the control panels with sandwich technique, because the model panels don’t match the real thing and rear panels are different, for rear panel I consulted drawings in F-5E in Action Series photocopied them and made a template. 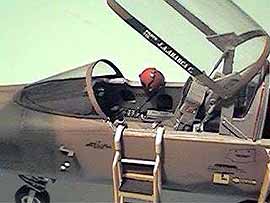 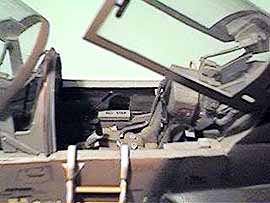 I also corrected and converted the ejection seats to match the Mexican tiger, with plasticard for head rest and I made cushions from epoxy Plasticine. Seat belts are made from aluminium foil. 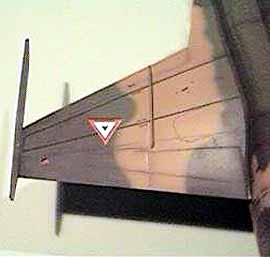 Also I had to make the "wing fence" that is on the F model, with an exact trace panel cut through the wing then plasticard made fence are placed and glued in the groove, navigation lights was made before painting taking the model part and filling only transparent section, after painting I put a drop MICRO SOL CRISTAL MAKER, when that was dry i painted it with TAMIYA´S clear red and blue.

Note the FAM national insignias and data in a combination of Espanish and English.

The principal differences of Mexican tigers are the dorsal fin, "LEX" and shark flat shaped nose for best maneuverability at high angles of attack, and also the VHF antenna for communications.

Of course I vac-formed the new canopies and made the middle structure of the canopy section from plasticard and metal wire. 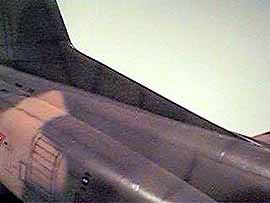 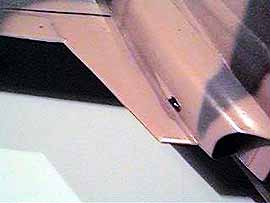 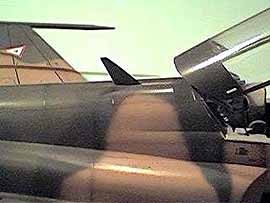 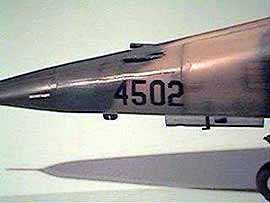 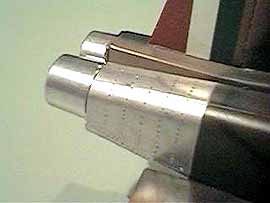 Future project is a Chilean Hawker Hunter in 1/32.