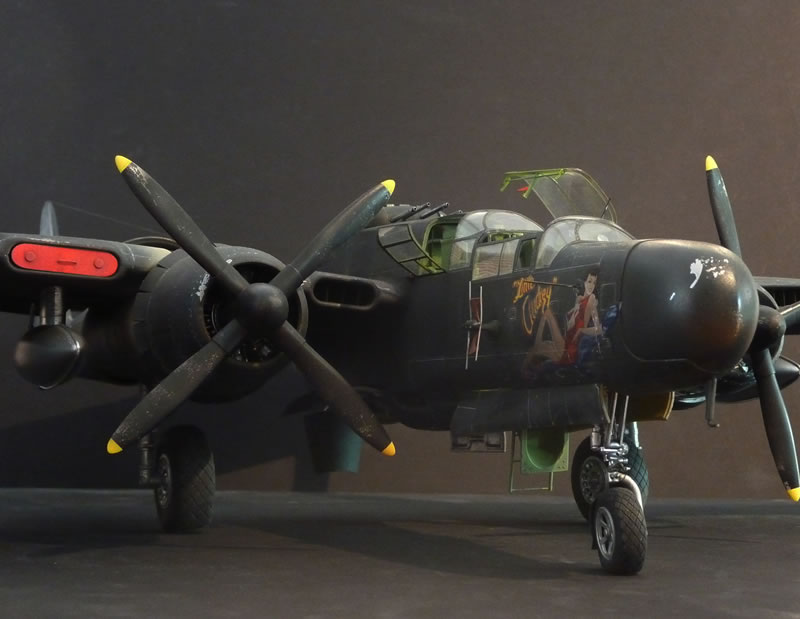 This P-61B is the second nightfighter in a series of 4 that I am building.

"Little Audrey" was one of the few P-61Bs that were active in E.T.O. and was based in Florennes (Belgium) in the early months of 1945.

The Hobby Boss kit of the Black Widow is a wonderful kit. It is packed with details, fits really good and although it is a complex build due to the shape of the aircraft, with some effort it can be built into an impressive scale model. It is about 70 x 70 cm, the biggest I've ever built.

I left out the kit wheels and went with the very nice True Details set, next to that, all extra details were scratched. I would recommend using a bras bar through the center fuselage and into the wings to support the entire construction. For this build, I have been helped a lot by Bill and Derek, two P-61 specialists here on LSP. Thanks guys! A warm thank you also to those LSP'ers who followed it in my 'Nightfighters' topic in Work in Progress. It sure kept me going! I'll continue soon with the third one: an Bf 110 that was based in St. Trond (Belgium). 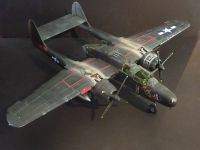 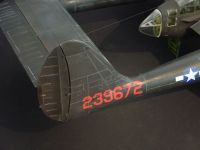 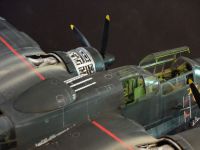 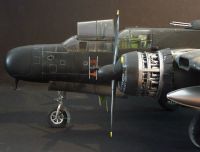 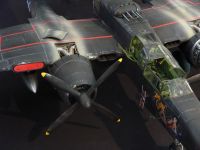 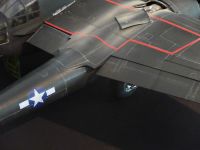 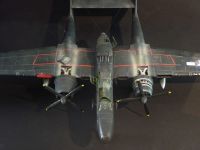 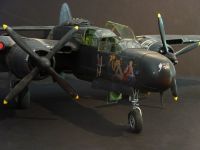