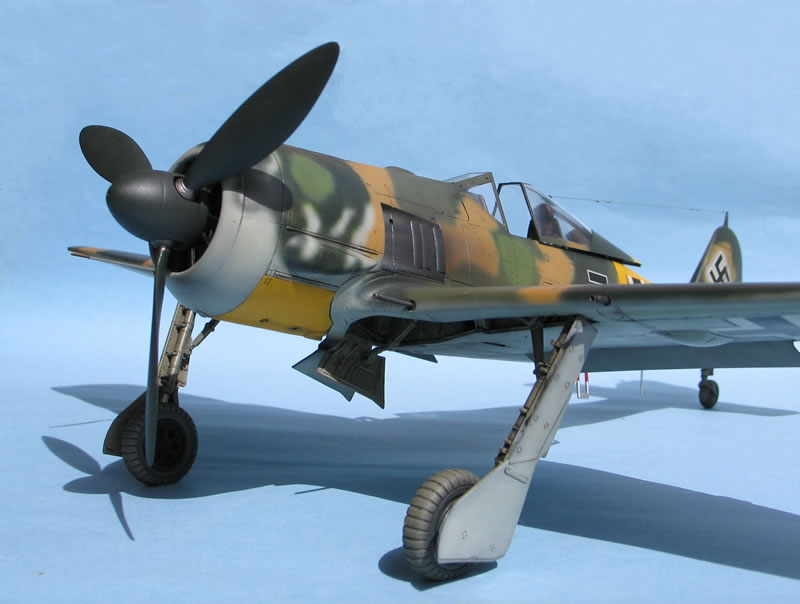 This is 1/32 Hasegawa Focke Wulf 190A-5 with the markings of 5.JG 54 flown by Lt Emil Lang in Eastern front during the summer of 1943. Lt. Emil Lang accumulated 173 aerial victories, 144 of which were gained on the Eastern Front.

The camouflage scheme is as it appeared during the summer of 1943, when sand tone patterns were sprayed over the original two tone green. Painting done with Gunze acrylics. Lower surfaces painted to RLM 76, Upper surfaces to RLM70/71 and sand color. In accordance with orders from higher up hierarchy, unit markings were oversprayed. Nevertheless the green heart shape was still recognizable on the aircraft of JG54. 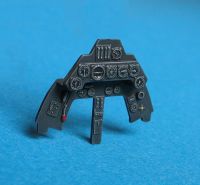 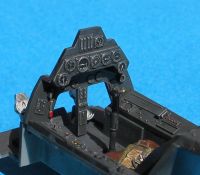 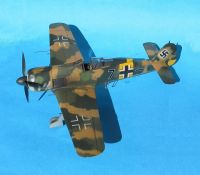 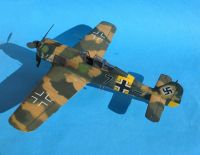 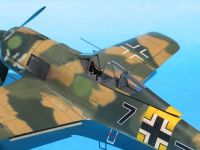 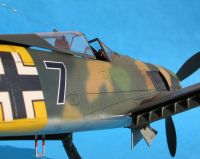 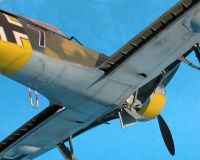 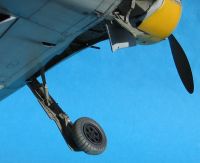 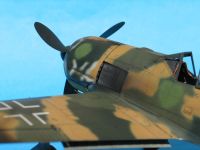 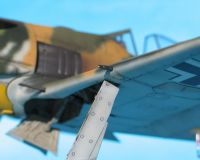 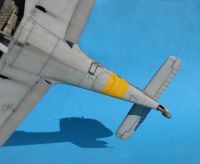 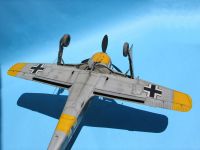 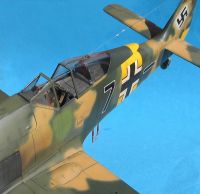 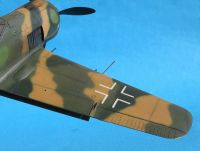 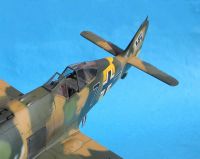 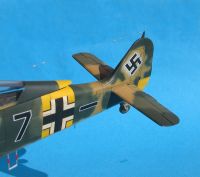 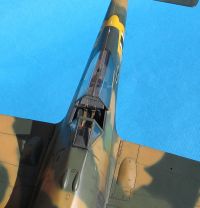 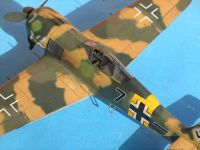 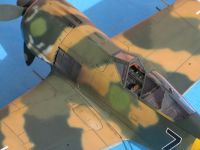 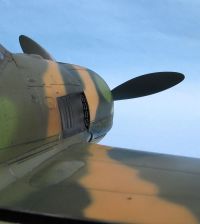