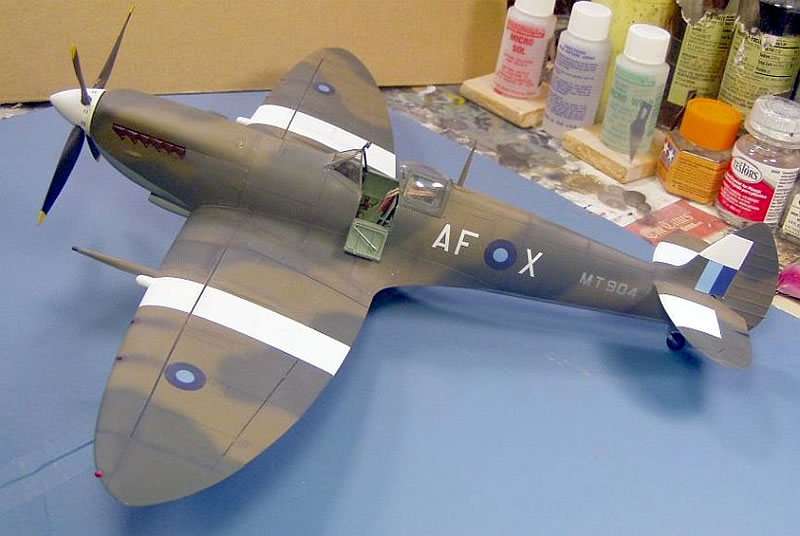 This is the fourth Tamiya new release Spitfire I've finished. Now I have most of the line including a earlier release of the Mk V and a Revell Mk. I/II. I've always liked the markings on the Burma Spitfires but had never made up my mind as to which one to build until now. Paints are Xtracolor, Model Master and White Ensign. Decals are from my decal files and from KitsWorld (roundels). I added a few after-market items like Barracuda door, wheels, seat and various cockpit items and Master Model brass cannons. Also a few, and I do mean a FEW, self-adhesive cockpit placards, etc. Seat belts are by Wako. These were new to me being made from fiber and craft paper and worked out well. 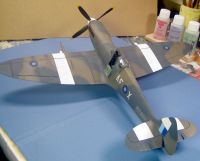 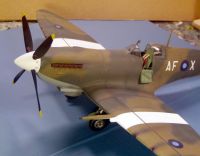 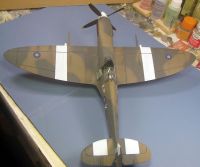 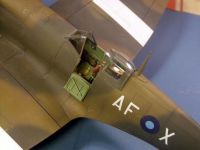 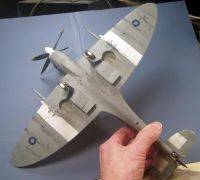