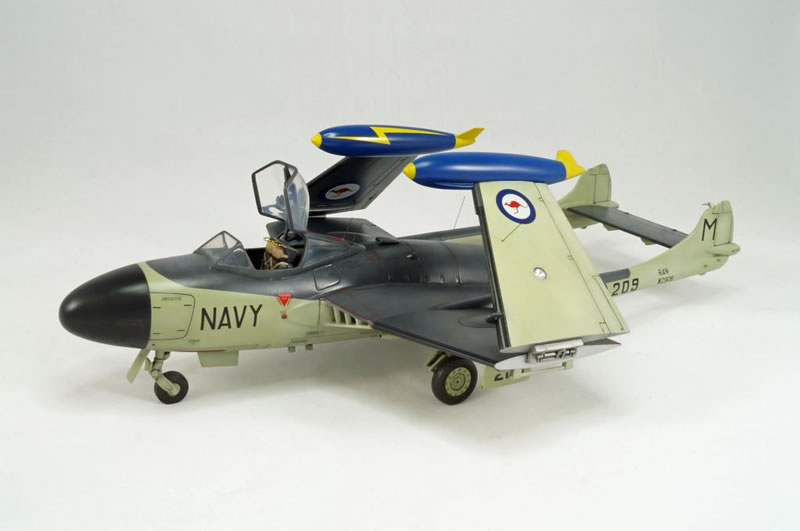 I have started a little tradition; buy a rarely done model during the Model expo swap meet in Melbourne, lug it back to Brisbane and then build it, as much from the box as possible. This way I get a nice souvenir of my trip there which will hopefully last a fair while. I picked this one up for $25, and can say that I really enjoyed building it despite the assertions that the kit is very poor. It certainly isn't up to the standards of today's shake and bake kits and required a different mind set when I built it in order to bring out the detail or lack of with a few simple additions and modifications.

I had finished painting the model using Gunze Sangyo Sky and Extra Dark Sea Grey, and gave it a coat of future. I then applied decals. Unfortunately the Sky crazed and cracked under the coat of future. It wasn't particularly noticeable except to me and I knew that I would not be happy with it considering that it would be sitting next to other models in my display cabinet for a long time. There was only one solution and that was to coat the entire model with oven cleaner which stripped the model of its decals and paint and start over.

As much as I wanted to keep this Out of the Box, there were a few things that I did to the kit to tweak it to bring it up to scratch. 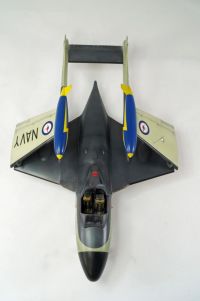 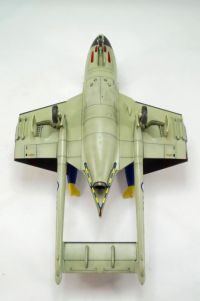