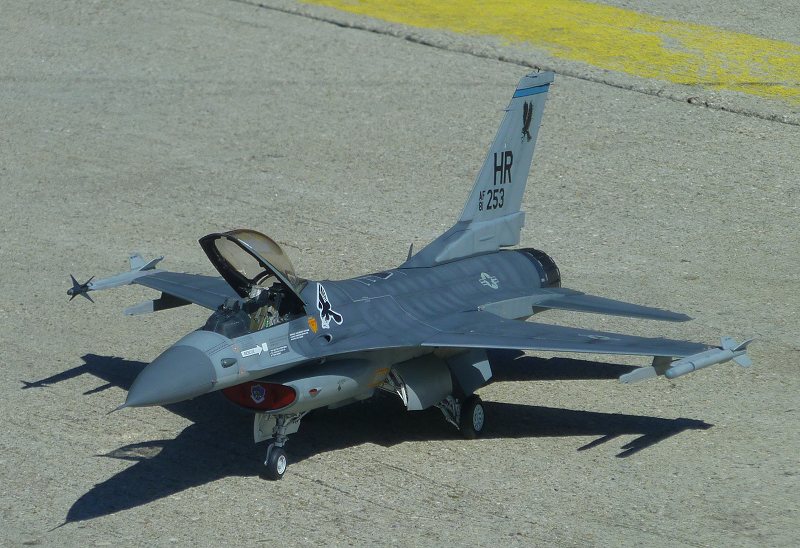 I also used the cockpit and wheel bays from AIRES and also the engine cover from Steel Beach. The intake cover is scratchbuilt. 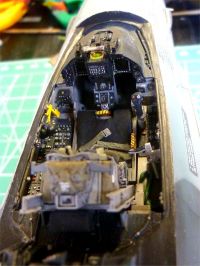 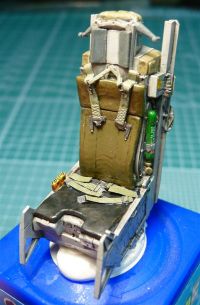 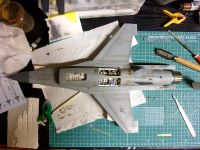 For the conversion I used the undercarriage and wheels from the Hasegawa F-16. But I found out too late that the legs of the main undercarriage are spread too much when glued into the AIRES wheelbay. So the F-16 sits now too low and the nose therefore too high.

Painting was mainly done with ModelMaster Enamel paints and Tamiya Acrylic paints. For the decals I used a mix of Academy, Hasegawa, Revell, Superscale and also homemade decals using a laser printer.

Here is some more info on what I did to convert the Academy Block 50/52 to a Block 25 (nearly all information is from the great F-16 guides from Jake Melampy).

Removed the small "intakes" on the tail: 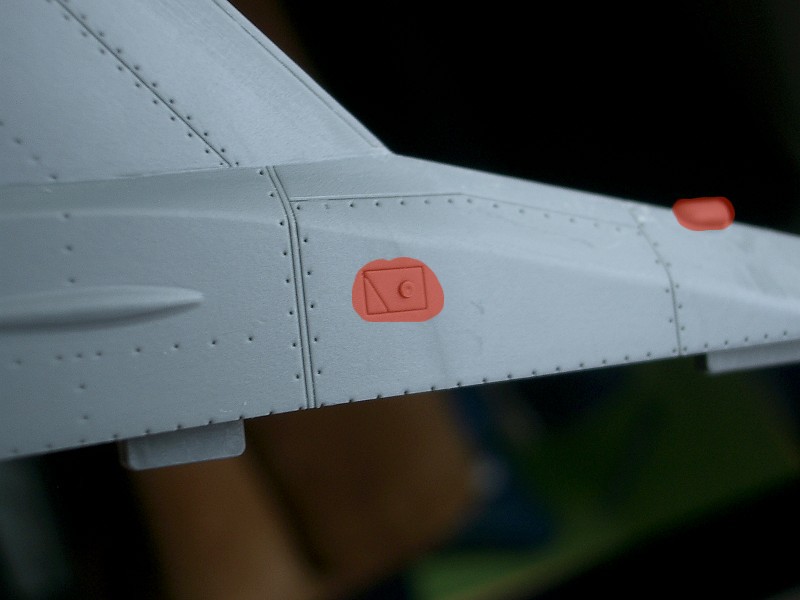 Removed the third "finger" of the slats on top of the wings: 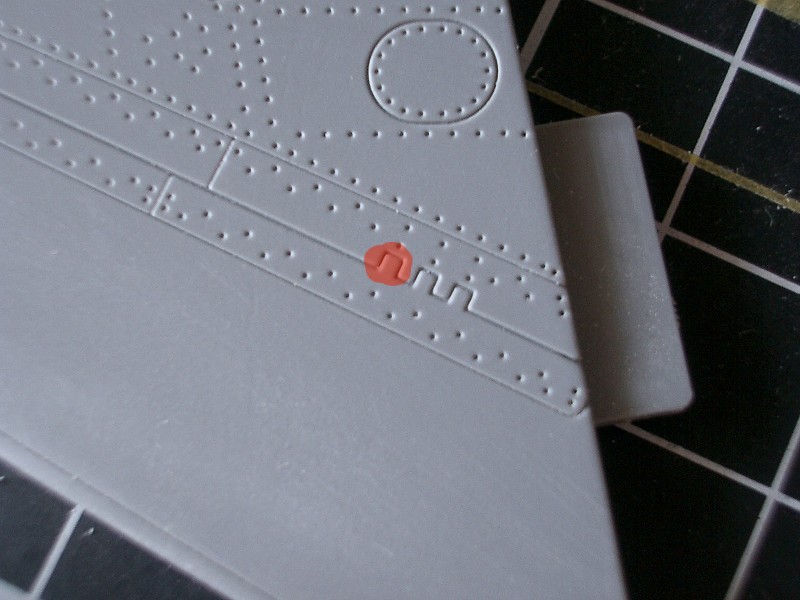 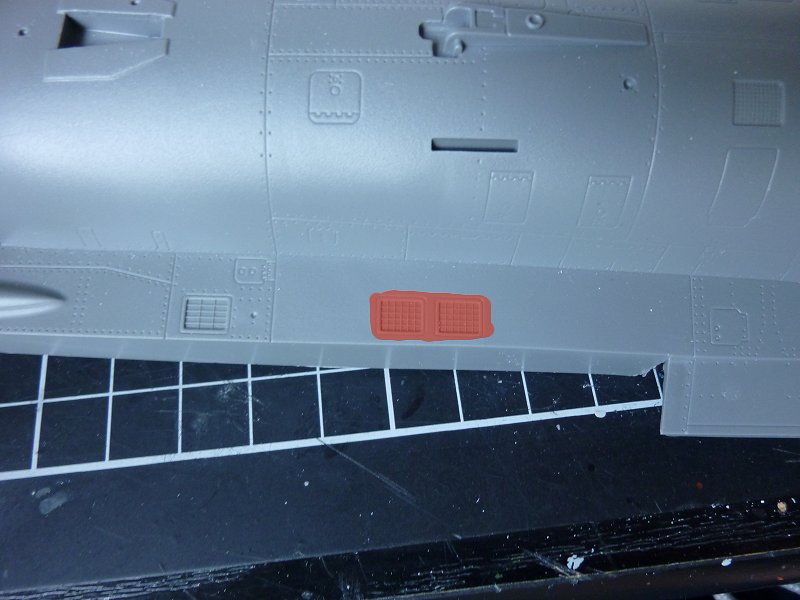 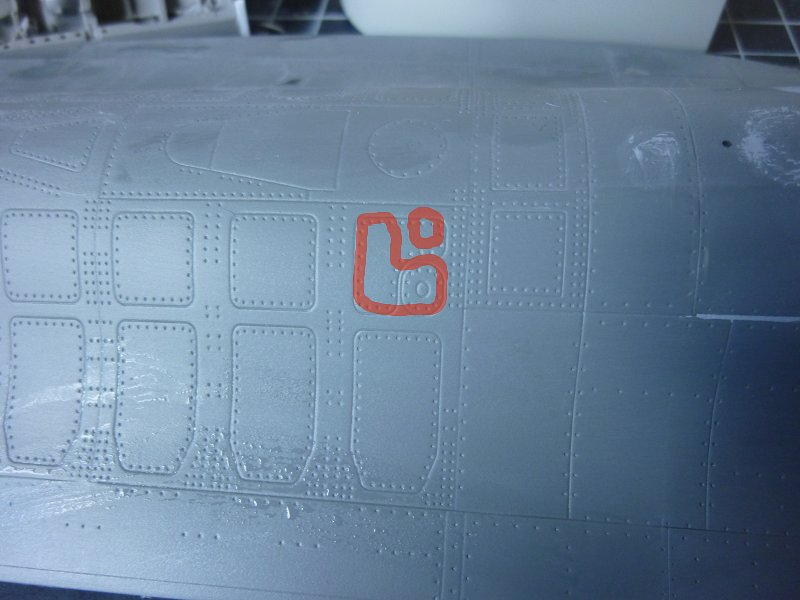 Puttied over the extra access hole panel lines on top of the engine fuselage: 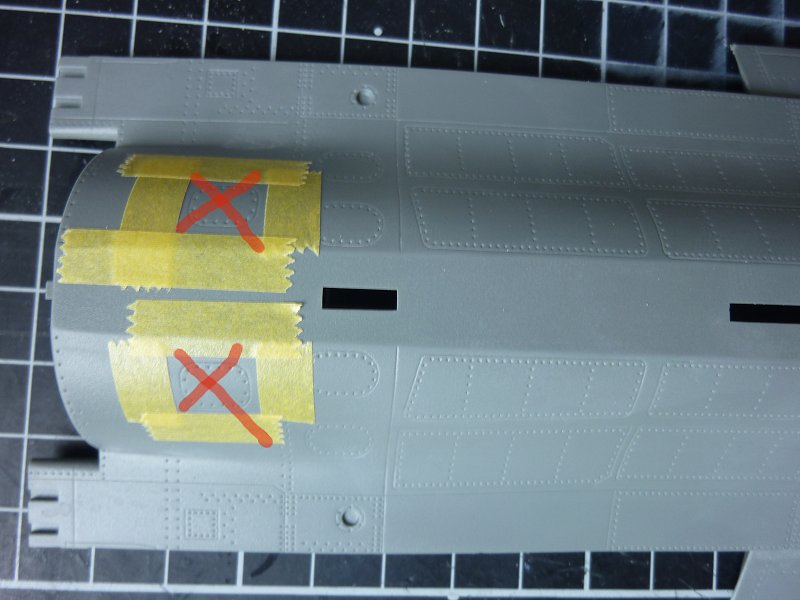 Removed the GPS dome and the little bulge has to go father to the front (I just realized that I have missed to install the TACAN antenna at the model!): 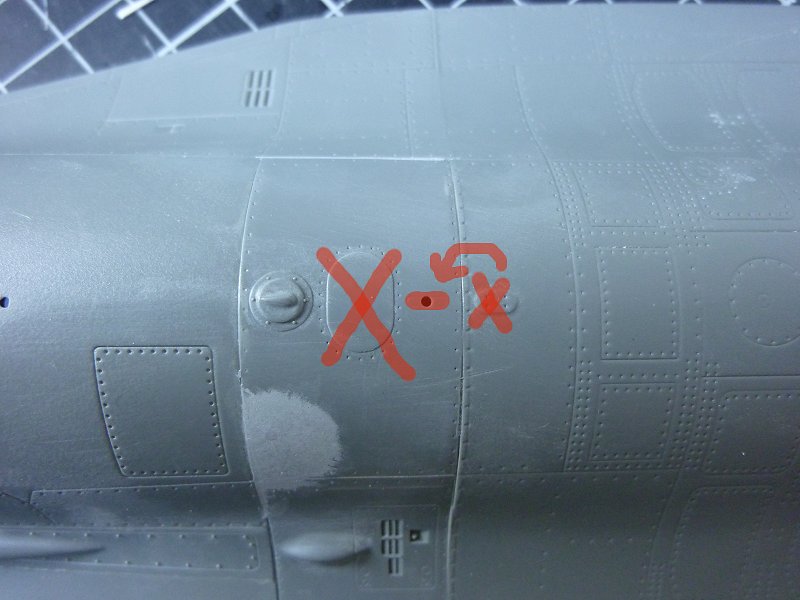 Don't know exactly what this is but it isn't present on the Block 25 F-16s: 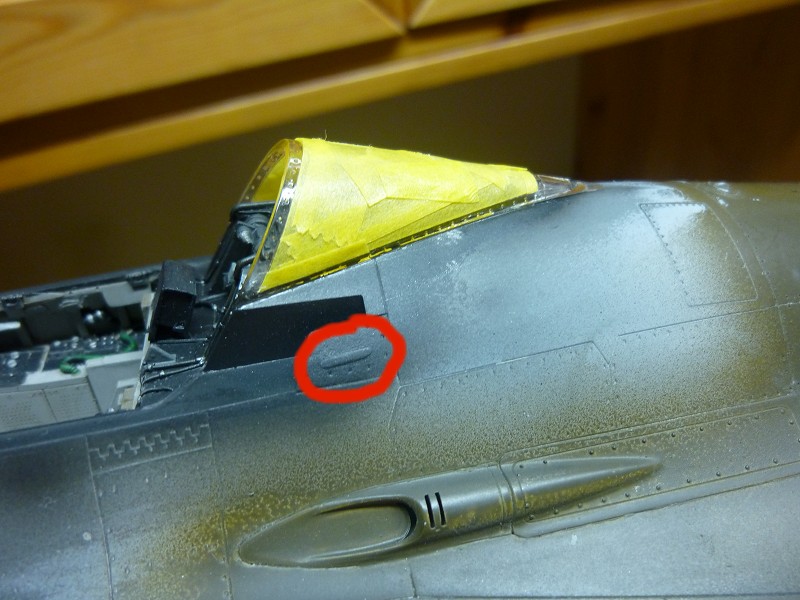 Other improvements were static dischargers from an old toothbrush: 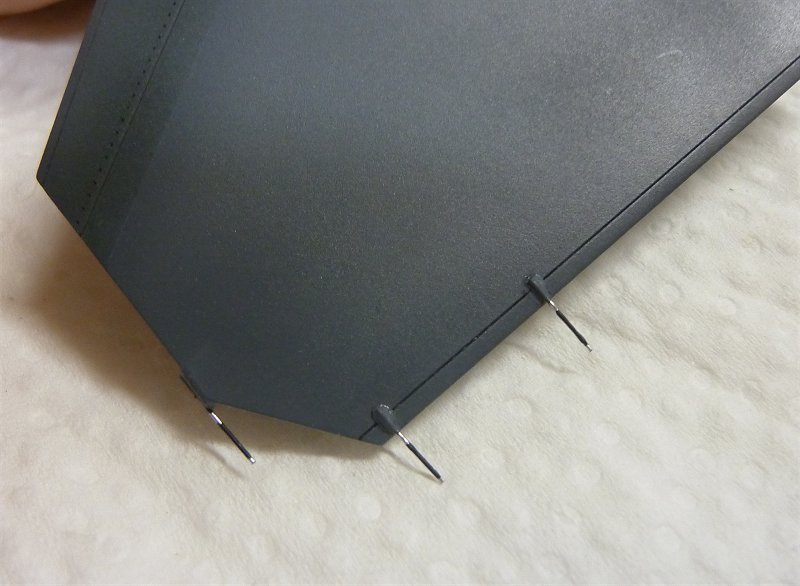 Installing the older launchers from the Hasegawa kit:

And as mentioned earlier using the Hasegawa undercarriage and undercarriage doors as the Block 25 used the lightweight landing gear plus doors: 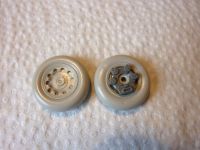 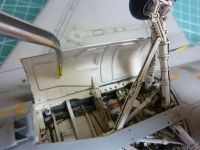 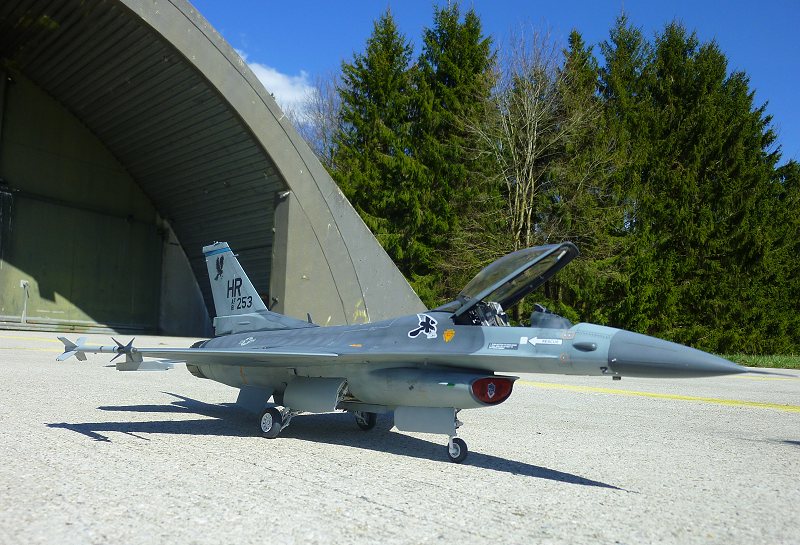 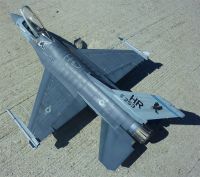 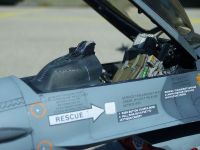 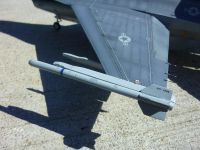 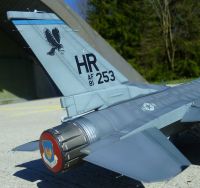 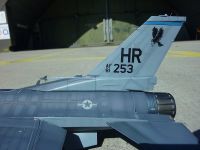 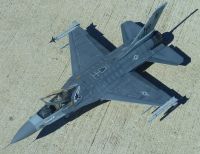