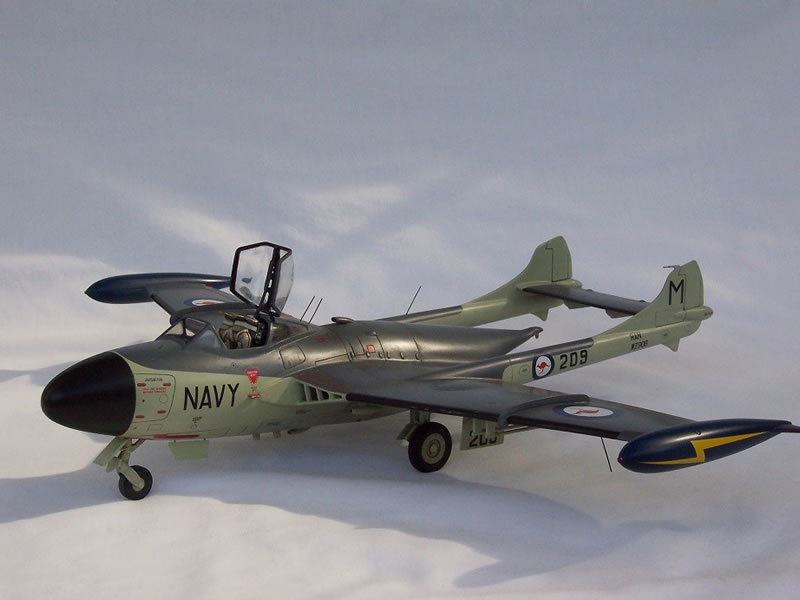 This is actually the original Matchbox version of the Sea Venom, built many years ago as a very young naval cadet. It survived many moves while I lived a life of adventure, entirely due the ability to remove the outer wings, allowing the model to live in a shoe box as I (later ‘we’) moved from house to house and occasionally country to country. In fact, it was the only kit to survive. However, it was in a fairly poor state, particularly because the household satin varnish I used as a teenager had gone very, very brown. Having returned to the hobby in around 2001 my skills gradually also improved, so the original plan was simply to replace it with the Revell reissue when was re-released a few years ago. However, with all that history, I didn’t have the heart to replace it. Instead, the old kit was completely stripped then refurbished and refinished using the markings from the Revell boxing.

The Revell version is identical to the old Matchbox version except for the colour of the plastic and the addition of belts moulded onto the seats. As it was, I didn’t use them anyway. The existing cockpit was detailed by adding panels, knobs and switches to the side consoles, fed through a canopy opening glued on around three decades ago, while the seats were replaced with modified Phantom seats from Verlinden.

These proved most suitable as they come in pieces, rather than a single casting, allowing the cushions, parachute pack and lead foil harnesses to be easily modified. The head box on each seat was built up with plastic sheet then the Verlinden drogue pack was glued on top. All in all, when viewed in the context of a very black interior, a little extra work went a long way.

Externally, the changes made were few. A simple nose wheel well was built to replace the ‘blanking plate’ supplied in the kit, the main undercarriage legs were shortened to give the characteristic nose-high stance, the trailing edges of the main-planes were filed back a little to make the trailing edges of the ailerons stand out, a cartridge starter exhaust was built into the starboard side of the engine cover, the wing fences were thinned and the leading edge slats just inboard of the tip tanks were replaced. At the back, larger bumpers were installed below the tails and a new pitot tube fitted on top of the port fin. Underneath, the area behind the jet pipe (underneath the ‘pen nib’) was filled in. Finally, the few raised panel lines were removed and scribed in where they represented a removable panel or filling point.

The model was airbrushed with Humbrol enamels throughout with only very restrained weathering and fading applied. Markings came from the RAN option in the new Revell boxing and went on very well with a little Micro Set and Sol. Finally, the model was finished with several thinned coats of Humbrol satin clear. 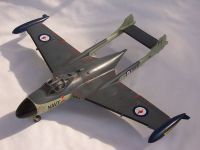 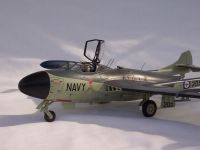 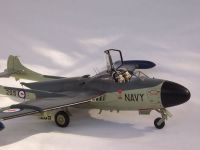 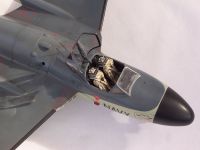 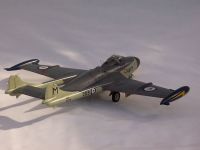 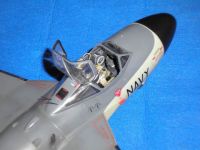 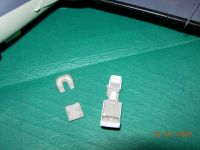 So the big question, will this kit last another 30 years?