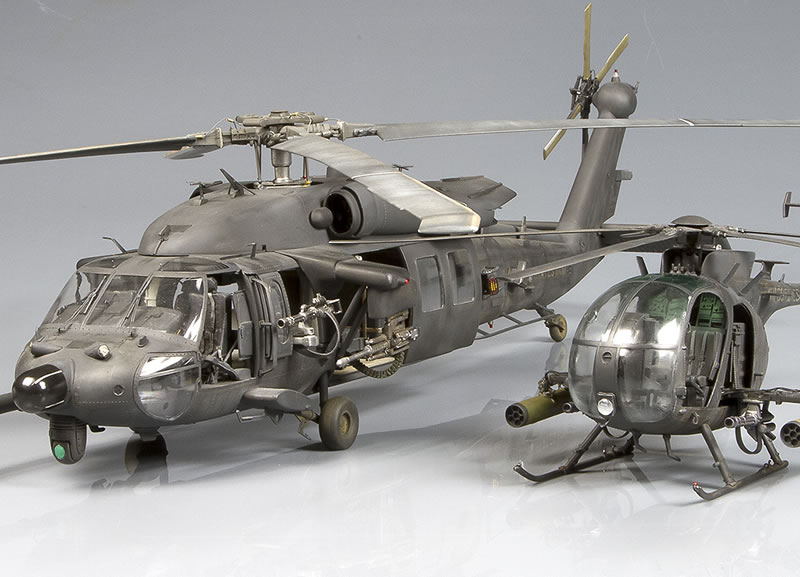 The MH-60L is from academy and the AH-6J is from Dragon, on both I used some aftermarket and lots of resin rivets to give them some detail on the fuselage.