MAGIC FIVE! A conversion of the Revell F-5E into a F-5A Freedom Fighter 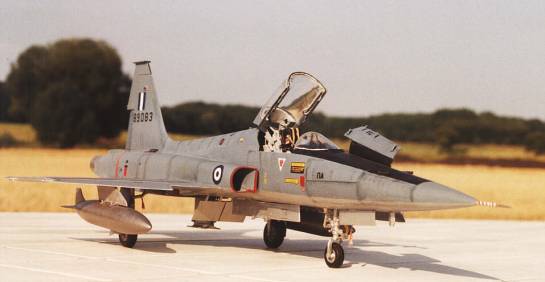 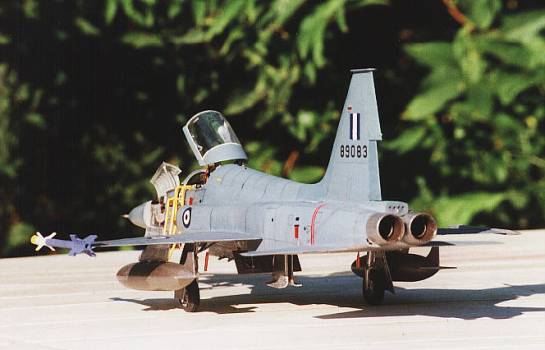 The F-5 Freedom Fighter has been produced in many different versions (F-5 A/B/ RF-5A and T-38) and has flown with air forces all over the world. The Royal Hellenic Air Force (Greece) received its first F-5As in June 1965 and was the first NATO country to flown the Freedom Fighter. In March 2001 the F-5 story was over and the last Squadron (343 TFS) was disbanded at Mikra AB.

I always want to build a F-5A in 1/32 scale but there's no such model out there. So I decided to convert the Revell F-5E Tiger in 1/32 scale. Well it sounded easy at the beginning but it came to be a little nightmare after I started it! 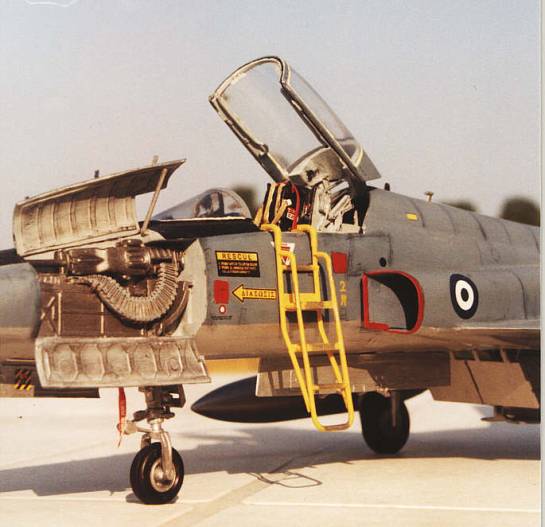 The are many differences between the two versions:

I began with the cockpit region. As I mentioned above the Freedom Fighter has no radar and almost the entire central upper region of the instrument panel had to be changed. I just cut it off and made the whole thing from scratch. I used some photo-etched instruments for the central region, and the rest is from the kit. I sanded the original piece and glued it on the new surface, with the result seen in the photos. The sidewalls are missing from the kit and they made from plastic sheet from Evergreen. The next problem is the ejection seat. Most of the Hellenic Air Force F-5's have their seats upgraded to the Mk 10L version, which is very different than that in the Revell F-5E kit. I solved the problem by converting the Mk 10 seat from Revell's 1/32 Tornado kit, and it turned out very well. (I ordered those pieces from the X-Abt. in Bünde Germany; Thanks Guys!) 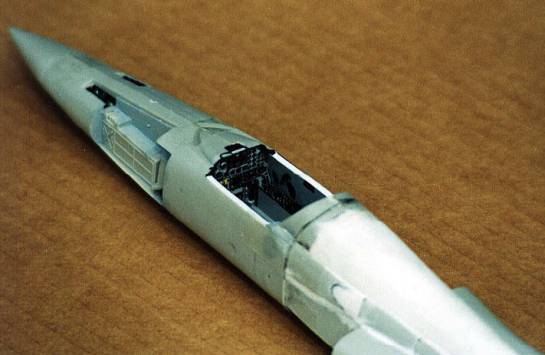 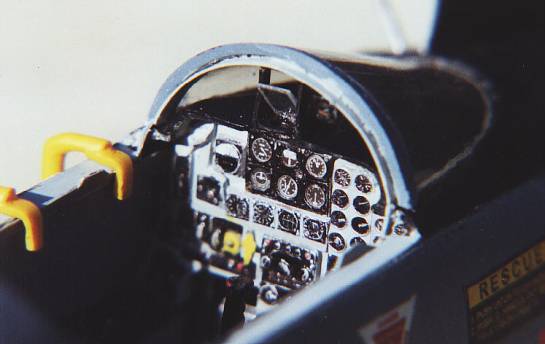 With the cockpit done, it's time for the fuselage where the real nightmare begins! I used the F-5A kit in 1/48 scale Kit from Testors as a template. I scaled one half of the fuselage and the wing up to the 1/32 scale and used those drawings to create the new fuselage. I made a skeleton frame from Evergreen sheet styrene and then covered it with putty. Once that had dried I shaped it with files and sandpaper and scribed in the details. While working on the fuselage I also changed the wing, which differed in the wingspan as well as having a smaller LEX. 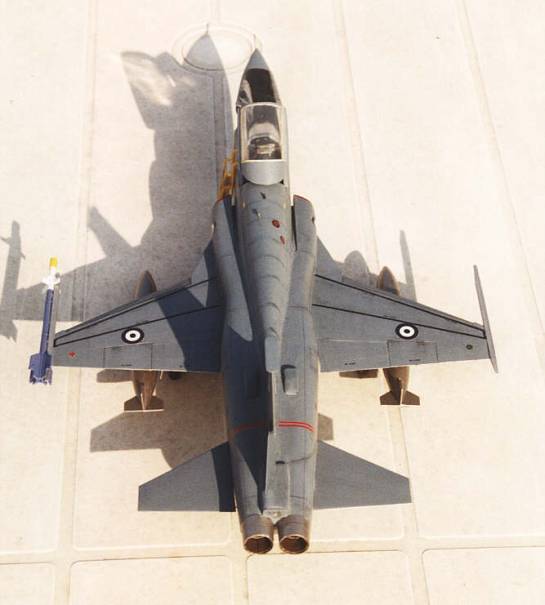 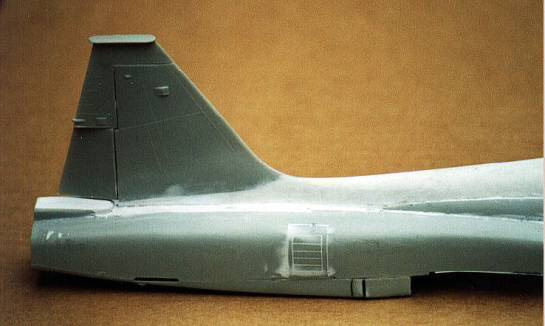 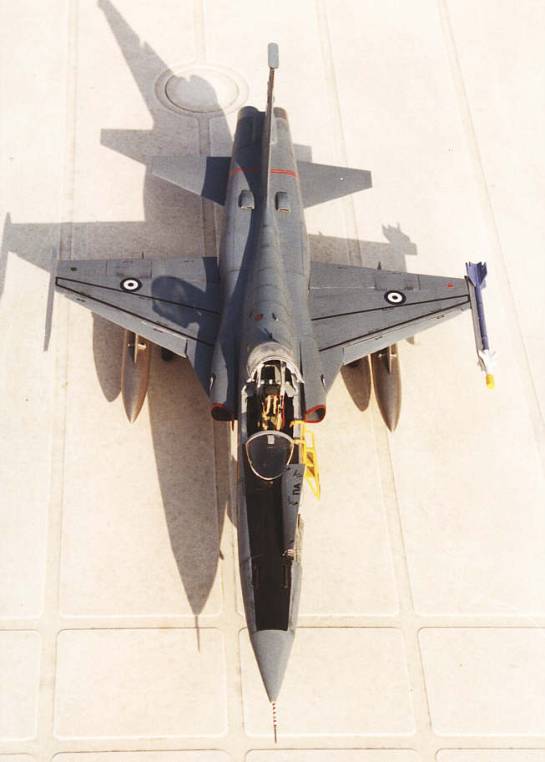 The upper fuselage of the F-5E has a Coke bottle shape, but below the wings it is straight. On the F-5A both the upper and lower sections of the fuselage have that Coke bottle shape, which means that I had to form the underside section to look the same as the upper fuselage. The air brakes also have to be changed as well as the whole undercarriage region. Fortunately the undercarriage itself is almost the same between the two versions. The 1/32 drawings of the F-5A saved me in that situation.

The HAF F-5s had many different camouflage patterns. In recent years they were blue with silver undersides (Aegean Blue FS 35164 and Silver FS 17178). I made my F-5A Block 40 68-9083 of the 341 Mira (TFS) based at Nea Anhialos Air Base in the late 80s. Today they fly the F-16 CG/DG. One thing unique to the HAF F-5s is that they have some warning panels written in Greek. There are no decals of these markings available, so I drew them up on the computer using a graphics program (Corel Draw) and printed them on clear decal. 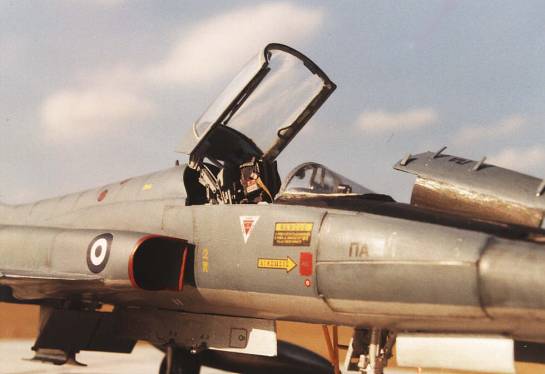 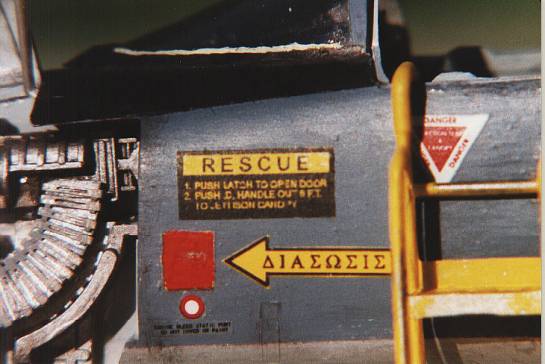 I used almost a year to complete this Model. But I was extremely happy to make such a conversion. As I was photographing this model, a new idea came to me: It's time to make a 1/32 F-5B! 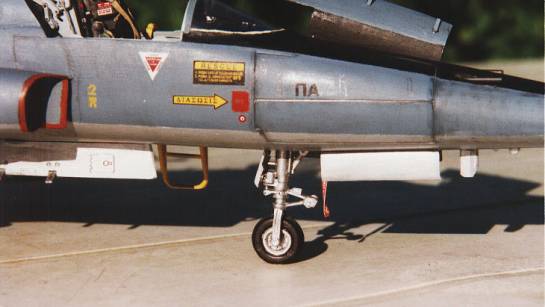 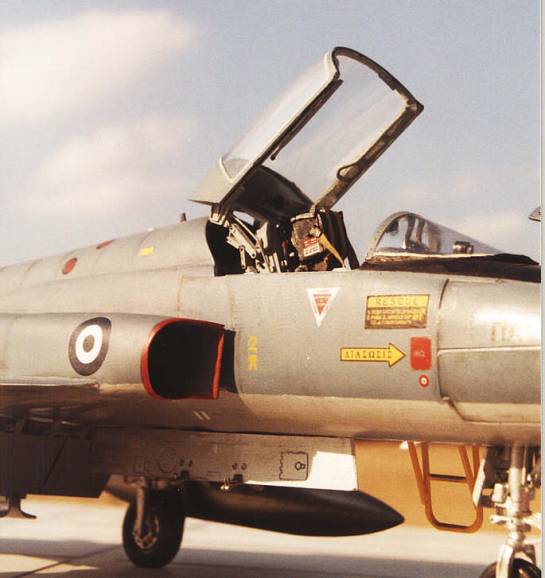 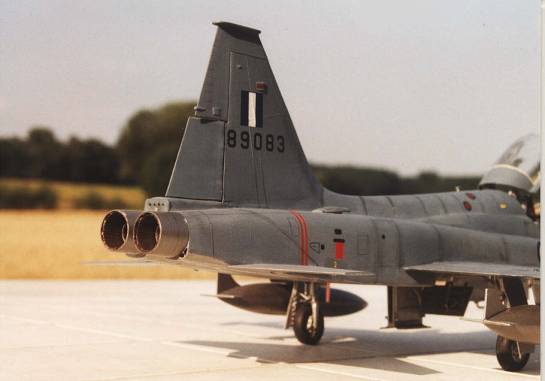 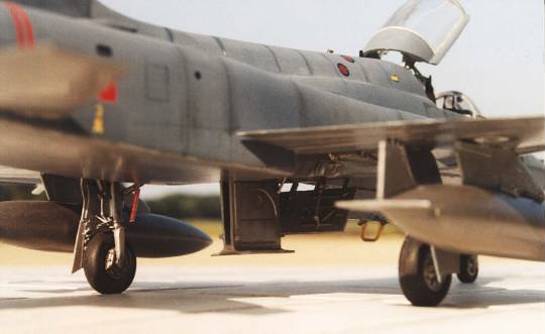