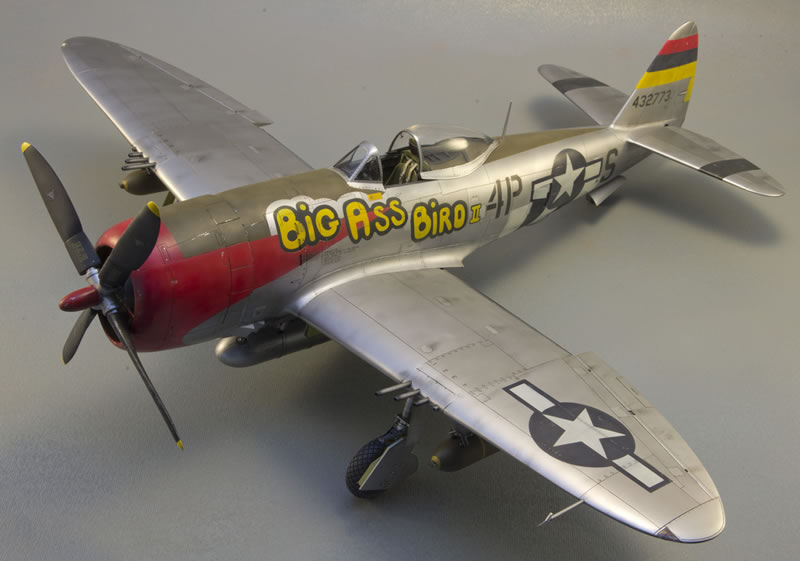 I'm here to present my new job, the P-47D flown by Major Howard Park, pilot of the 513th squadron belonging to the 406th fighter-bomber group. This squadron was specialized in the attack on the ground of German tanks and provided support after the D-Day over the skies of France, in particular, Park became famous because it was the first to destroy a Panther with the latest rockets HARV and because during an attack in the port of Brest destroyed a Nazi ship.

In addition to his skills as an aviator was also known for the particular Nose Art adorning its planes...

Due to this peculiarity, I decided to play this scale plane.

The kit is Hasegawa plus some aftermarket:

Staining with various shades of lacquer Aluminium Alclad II. Except stencils everything was painted directly on the model by masking. 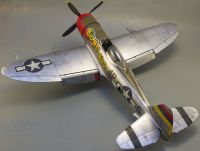 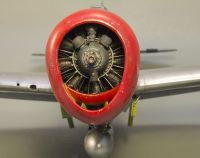 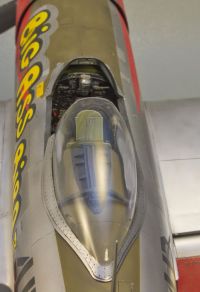