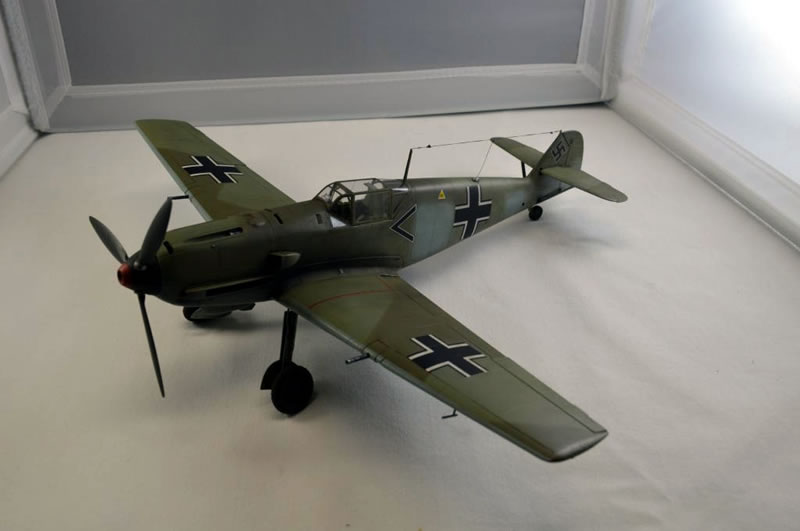 Bf 109E-4 flown by Paul Temme of JG2 and shot down over England during the Battle of Britain. Scheme was found in the Jagdwaffe series, Battle of Britain Phase Two. I liked that it was different from the normal schemes. I was able to scrounge up the decals from the leftover drawer. OOB build with the only additions being airscale decals in the cockpit, stowage door left from Hasegawa 109, seatbelt harness from Cyber-Hobby 109, and EZ Line antenna wire. Fun kit to build. I would probably build more if the cockpit was better, but I think I will stick with the Cyber-Hobby E series. Mr. Color paint.