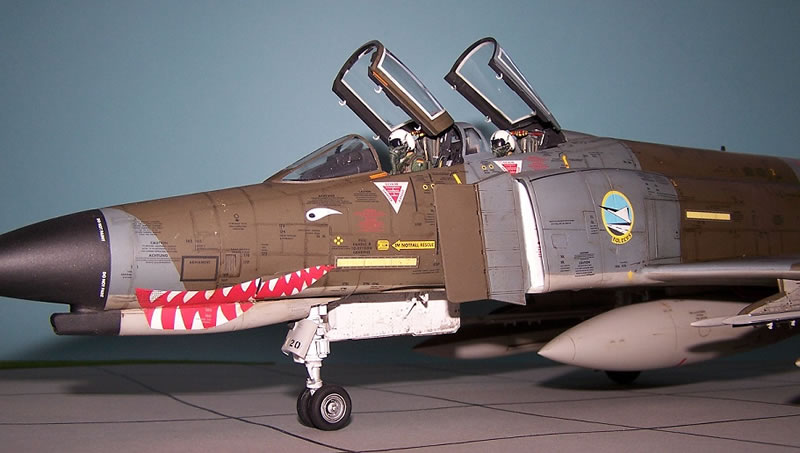 This is my Luftwaffe Phantom in the Norm 72 scheme. I used the Revell kit and enhanced it with some left over parts from a Tamiya F-4, mainly the cockpit and tail fin cap. I also used a set of seamless resin intakes as the kit featured no intake trunking at all. The set is meant for the Tamiya kit so I needed to adapt the kit and resin to get a good fit.

The Decals are from AirDoc, a set for the national and squadron markings and a set for the stencils, and there were a lot of those to apply!

As the kit's nose undercarriage leg is too small I got a SAC set to replace it, but the set turned out to be a white metal copy of the kit parts, so I scratch built the nose leg.

I used Xtracolor enamels for the camouflage. 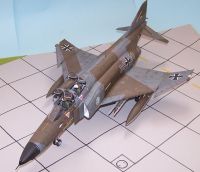