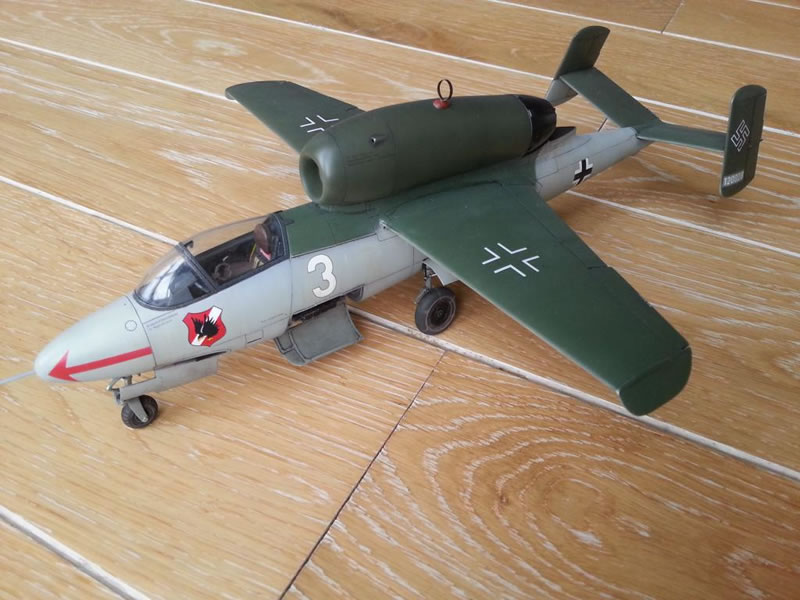 A very cute little early jet. The Revell kit was really great, especially for such a cheap price.

I had an issue (my fault) when I glued the fuselage: the day after I glued and puttied it, I noticed that the front wheel bay / cockpit was not very straight. So I had to reopen it. It was not very easy with all the resin parts glued with CA. I have even broken some parts of the fuse (the CA was stronger than the plastic). But one or two days later, everything was OK, puttied, sanded smooth and ready to paint.

I've used an eagle decals sheet. I've painted her with RLM 81 and 83, following the instructions. But I regret that, as the contrast between 81 and 83 is not very good. I should have used RLM 82 instead of either the 81 or the 83, and so the result would have been more contrasted and lighter. The underside color is a custom mix in order to make the poor quality RLM76 of the end of the war, with a lot of variant for the same color. 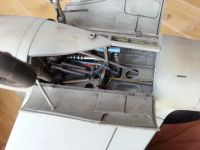 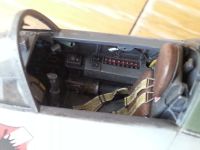 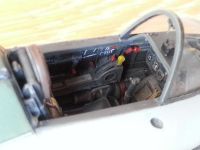 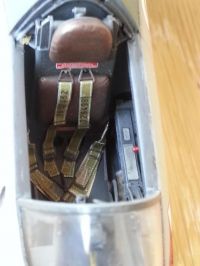 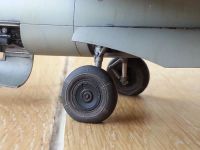 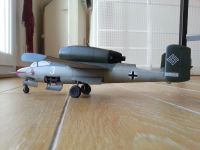 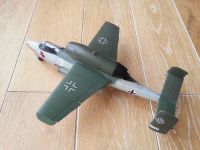 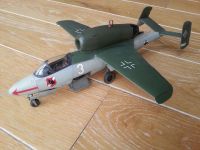 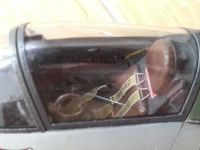 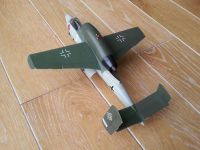 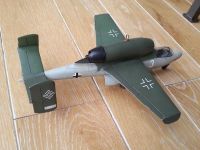 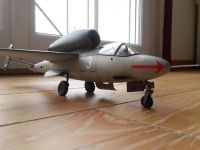 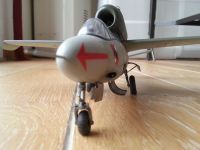 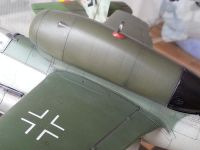