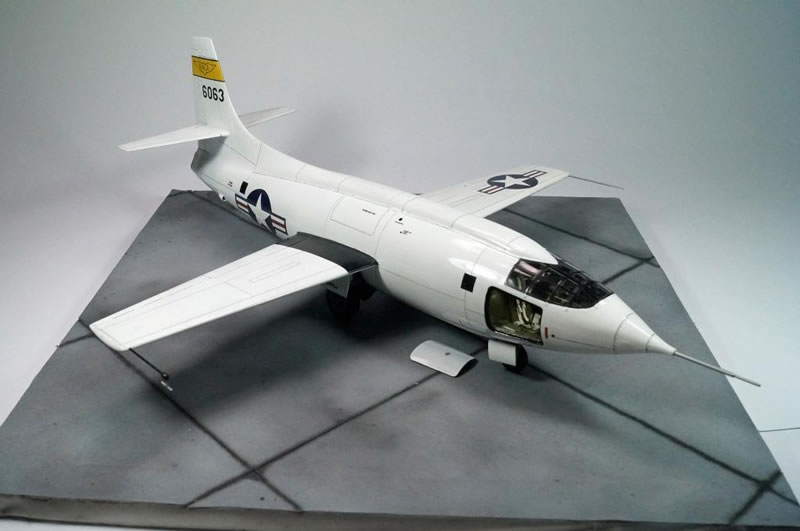 Here are photos of the completed X-1 operated by NACA during 1949.

I used Mr Surfacer white 1000 spray to paint the aircraft, followed by Tamiya clear for the gloss coat. Polished to a high sheen using Tamiya compounds and wax.