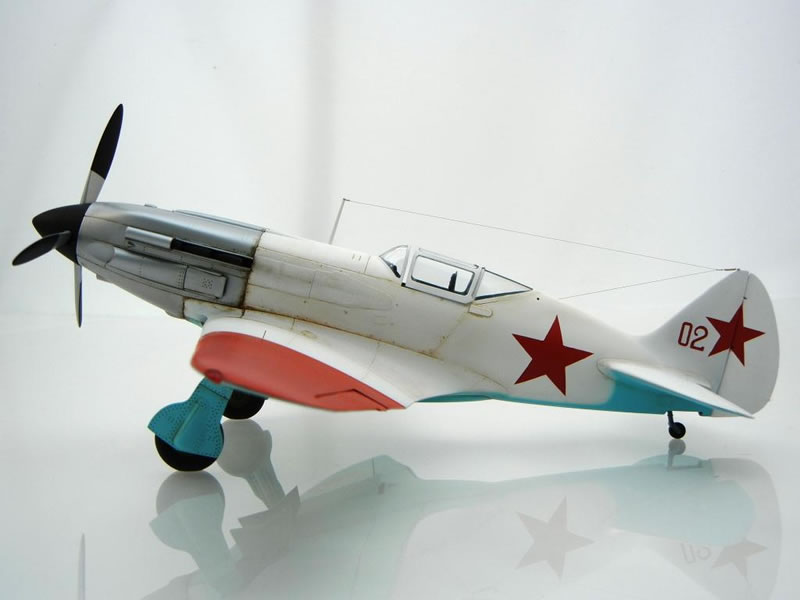 Here are a few snaps of my finished MiG-3. It was a nice, pleasant build with only some minor "modeling skills" required to improve a few areas. And, for those who prefer, it turns out there are some aftermarket sets now available to provide replacement control surfaces and prop blades, which can make things even easier.

For this build I tried to replicate "Red 02" seen in a photo taken in March 1942 on the occasion of the 120 IAP, responsible for Moscow air defense, being "promoted" to the 12th Guards. Analysis of this aircraft by some authors indicates that the wings were a close match color-wise to the red on the fuselage markings. It is also clear in the photo that the outer wings do not have the leading edge slats, making it seem these were replacements from an earlier aircraft or from spares. This has led some to surmise that the outer wings were actually green. However, other winter scheme MiG-3's also have additional red markings applied, and it would not seem unrealistic that the 120 IAP would have painted the replacement outer wings of one of their MiG-3s red to celebrate their "promotion" to becoming a Guards unit. And since red looks much better than green on this scheme, it convinced me to err on the side of red.

The model was painted with Mr Color paints, with the exception of the underside A II Light Blue, which was from White Ensign. As the photo of the actual aircraft shows some "crud" around the join between the engine cowls and the fuselage, I used some burnt umber oil paint to try to capture that look. The rest of the aircraft appears to be quite clean, suggesting that perhaps it had been "cleaned" up a bit for the photo-op. 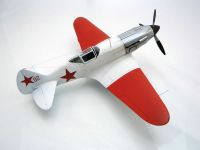 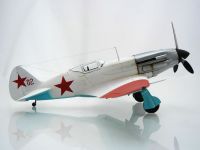 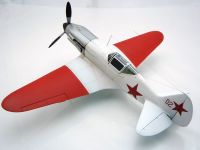 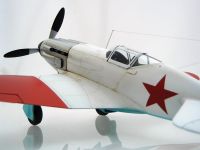 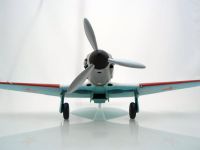 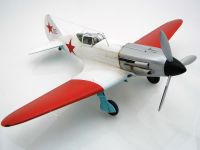 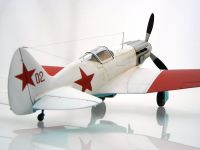 Overall, I am pleased with the build, and the end result is a colorful addition to my display case "museum" that really stands out.