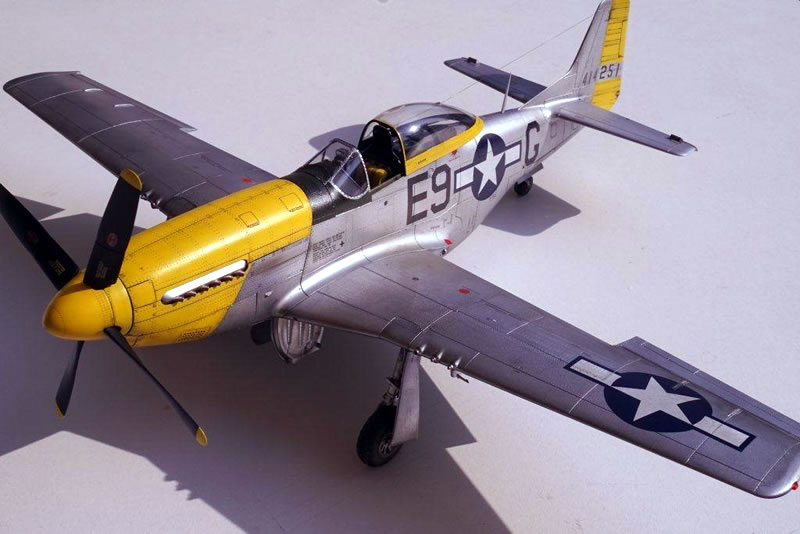 Built straight from the box but for a few added details such as a few cables on the radio device, the antenna passing through the top of the canopy and some wiring on the engine (even though, I always prefer to have my models displayed "ready for flight" - only part opened being the cockpit, waiting for its pilot).

I chose the markings of the 376 FS, 361 FG ("The Yellow Jackets" or "The Bottisham Boys") and more precisely the plane flown by Lt. Duane Grounds (was not a big deal to create his code number and the serial number of his Mustang).

Then, giving an operational look to a plane that was otherwise was very well maintained by its ground crew, has been a nice challenge to complete as it is always the case for machines in natural metal finish.

I used a few coats of Tamiya Silver spray, then after 2 thin coats of semi-gloss varnish, I progressively recovered the whole surface of the plane with some acrylic Tamiya weathering soot.

When well dried, once this soot base could fill all structure lines and rivets holes, I erased it using an ultra fine microsponge so that all structural patterns could remain dark while the overall silver colour reappeared in giving nuances of a weathered glossy / greasy look all over the surface of the plane...