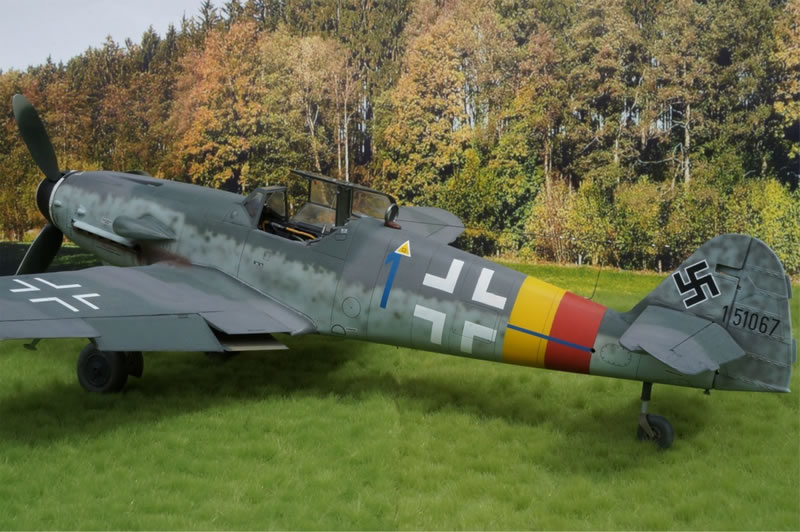 Just finished up the Revell 109G-10 (Erla). Pretty impressed with the kit overall. The new fuselage design has done away with the fiddly cheek panels so fit is much, much better. Just used a spot of filler at the base of that tail and to blend in the upper cowl section, other than that everything went to together perfect. I decided to deviate from the instructions and build up the wings sections completely before mating them to the fuselage, wing root came out perfect and this makes riveting much easier. I'd recommend shelling out the extra bucks for the Eduard Brassin landing gear, they're a huge upgrade over the rickety three-part monstrosity from the kit. My only big gripe is Revell elected to only include the large style wing bulges which really cuts down the amount of schemes you can do OOB. I know Roy now makes an A/M replacement for the smaller bulges but it would have been nice to see these parts in the kit.

Decals are BarracudaCals and paint is Mr. Color with the exception of my old standby for the NMF on the lower wings, Floquil Old Silver.