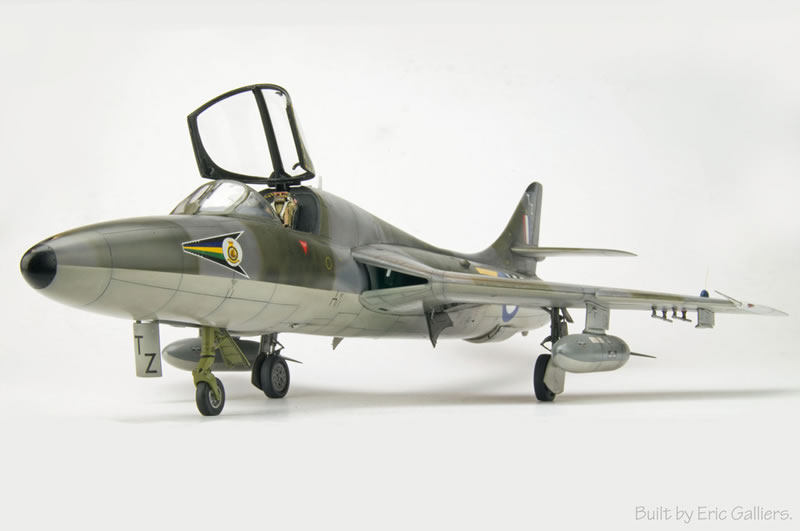 Here is my Hunter T7, depicted as it was at RAF Khormasker, Aden 1966.

Although the resin conversion provides an excellent basis to depict a dual-seater, there were a few things required to bring it up to scratch.

Additions/changes (above and beyond the Fisher conversion):

Decals were a mix of decals from the kit, the Fisher conversion and the Aeromaster dingle seat sheet.