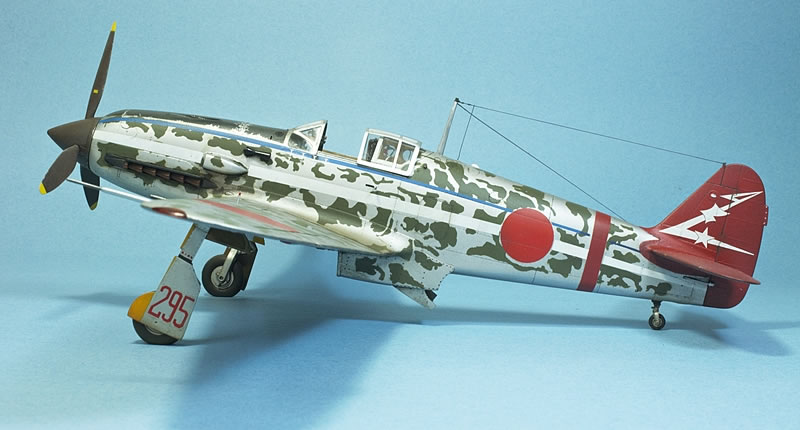 I have now completed my Ki-61 Hien (serial.no.3295) flown by Major Teruhiko Kobayashi of the 244th Sentai that defended the skies over Tokyo in early 1945 against B-29s.

This is my third aircraft build and seeing as Japanese aircraft subjects and more so JAAF subjects were rather uncommon I decided to build this aircraft. I wanted to do the subject justice and really wanted to produce a good quality build. I think I accomplished this goal and I am happy with the results.

This article was published on Thursday, September 04 2014; Last modified on Wednesday, April 06 2016