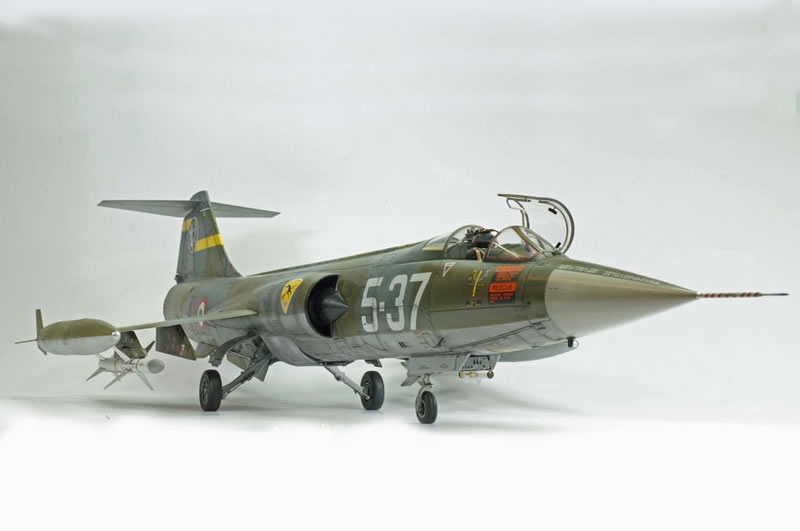 This is the Italeri Starfighter that was released last year. Despite the rather poor reviews that it received from folks who examined it in the box, this kit is actually very nice and really builds quite well. In my opinion, it looks like a Starfighter and is quite accurate. There were a few odd engineering issues with the way the kit goes together and some panel lines that needed some work but in general, a pleasure to build and it is highly recommended. There were several different versions of the Starfighter that Italy operated, requiring careful selection of parts in order to finish the aircraft that you desire. I have finished mine as depicted in a photo that I found on the net, operating at Rimimi, Italy 1977.

I built this almost out of the box apart from: An AIM-7 Sparrow from a Tamiya kit and a Master pitot tube.

I didn't use most of the photo etch that the kit is equipped with apart from a few parts. The model is painted with Gunze Sangyo/Tamiya acrylics in custom mixed colours and the underside is Alclad Semi Matte Aluminium (which worked very well).

I used the Zotz decal sheet for the scheme along with the nice kit stencil data. 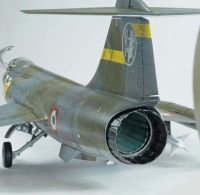