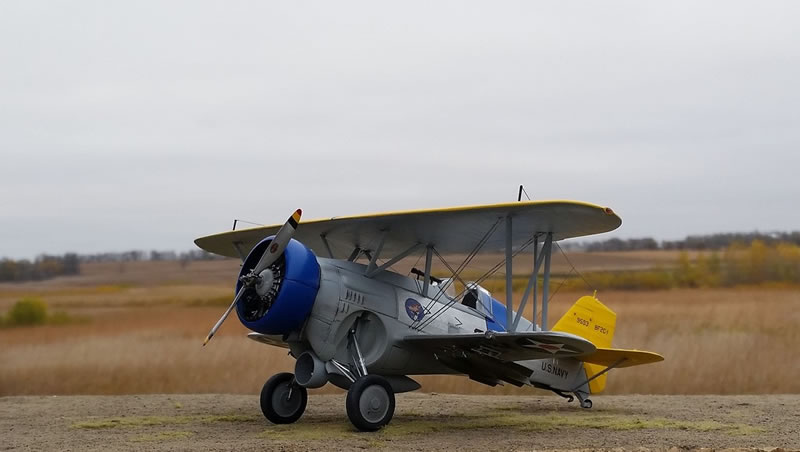 Just finished this one for a friend. While not a horrible kit, I think that Hasegawa's F4B is a better kit, now having built both. This one has a few issues and flaws (some of the flaws being my own fault, of course!) that kind of bug me. But, overall, I like the way it turned out. I used the LSM resin cockpit set and Yellow Wings decals. The rigging was done with EZ-Line and the lights made from clear sprue. I used the kit engine and added the plug wires from copper wire. The Disney "Big Bad Wolf" squadron insignia for VB-2 (on USS Lexington) was made on my computer, as were the prop blade logos and "U.S. Navy" decals on the underside of the bottom wings. I should note that this scheme is technically a "what if", as I don't believe that Lexington/VB-2 ever used the BF2C, but I'm not sure and this is what my friend wanted. It still looks believable, however.

There's a build thread for this model in the forums.