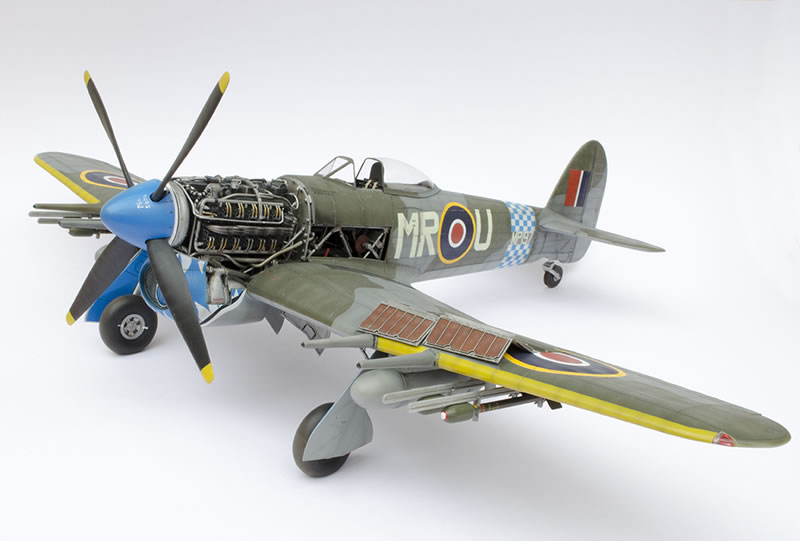 Airfix asked me to build one of the Typhoon Über kits for display on their stand at Scale Model World 2014, Telford. This kit is magnificent, but no 2-week project. I rushed this one to get it built in time, and it still took 7 weeks, which is is only a couple of weeks short of what it would take me to do two magazine projects.

Airfix have commissioned four modellers to build the four schemes available in the kit. Everything here is OOB (through necessity) except for Airscale cockpit decals and masks which were used for the tail chequer band. I found the kit decal colours to be muddy and wrong.

I still need to add fuses to the rockets and also more weathering to the wheels, but it's almost there. I'm not going to beat myself up over a rush build, and I know I could have improved many areas. 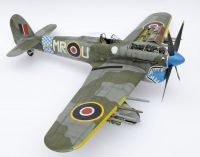