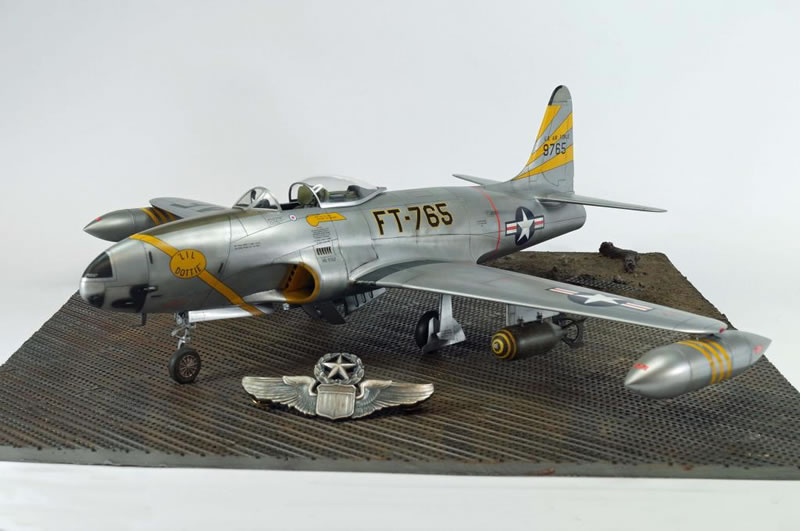 This is the Czech Model F-80C depicted as the aircraft flown by Lt Roy Marsh, 80th FBS circa 1950 at Kimpo, Korea during the Korean War. It has one kill marking, that being a North Korean IL-10 that Roy shot down in this jet. I believe it crashed into a mountain after takeoff in 1951.

The model went together OK. Being a short run kit, it does not fall together like a Tamigawa kit but with a bit of care and time it can be made into a nice model and I was very happy to include it in my collection.

Base: True details PSP resin base.

Painted using Alclad over a polished Tamiya grey Fine primer base. I used a 50/50 mix of Tamiya semi-gloss clear and clear in order to give it a polished metal look that may have seen a bit of action.

The kit decals were used.

Built over a 4 month period (although it spent 3 months on the shelf of doom).