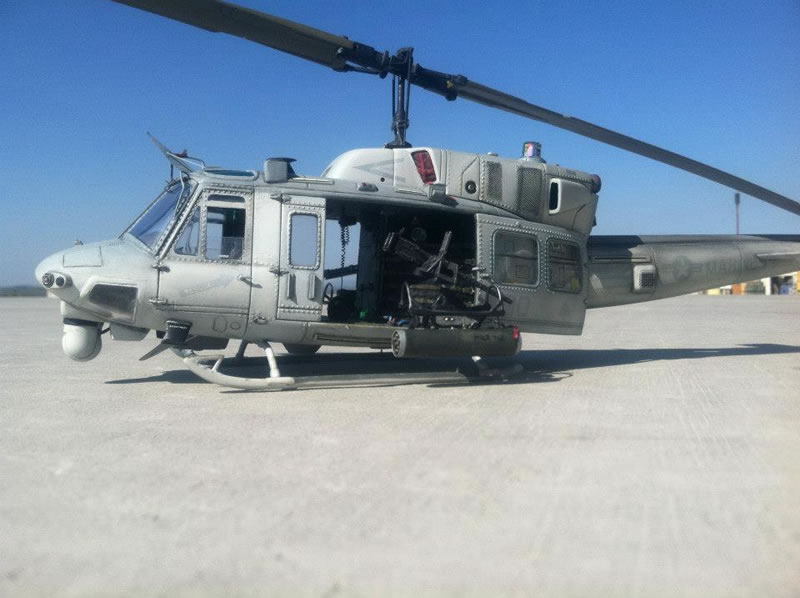 A few years back (and after about a 10 year hiatus from building), I decided to jump back into the hobby. Being a glutton for punishment, I decided to tackle the (horrible) Panda 1/35 UH-1N. I had daily access to the real thing, so coming up with reference material wasn't a problem. Long list of fixes on the aircraft, here goes:

The aircraft depicted (BuNo 159202) was the first Huey I ever crewed, and I depicted her on the day of that flight.