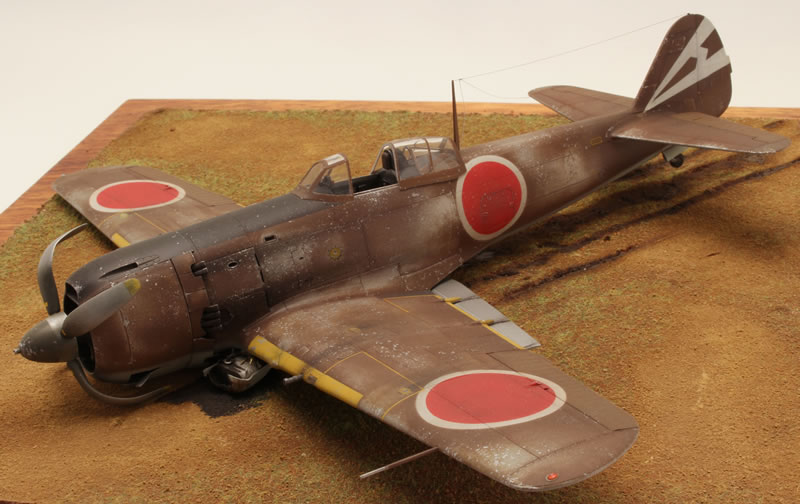 This is a model I built years ago when this beautiful fighter became available from Hasegawa in 1/32 scale. As Imperial Japanese Army Air Force planes were often heavily weathered showing extremely worn off paintwork, this was the opportunity to try out some weathering techniques.

This is a good kit and, apart from detailing the cockpit and the engine and bending the prop blades, the model was built straight from the box. The ignition cables and some other details were added on the Ha-45-21 engine and in the cockpit the seat was scratch built and supplementary cables, knobs and handles were installed. Unfortunately, almost nothing of these details can be seen once the fuselage is closed!

The entire model received a coat of Alclad Dull Aluminium. The hinomaru and the emblem on the tail were airbrushed. The upper sides were coated with home-mixed Red/Brown, while the under sides were left in Aluminium.

To obtain a “worn-off” look, a combination of the Maskol/sponge technique and patiently sanding was followed. Unfortunately, I was a bit too enthusiastic resulting in some exaggeration in the “worn-off” look! Weathering was done with pastels and colour pencils. 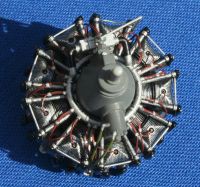 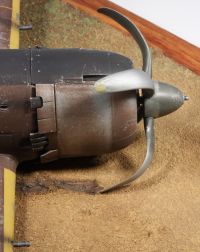 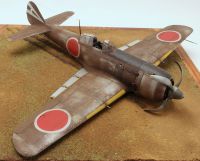 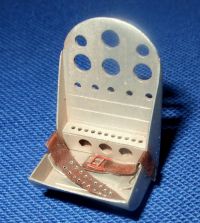