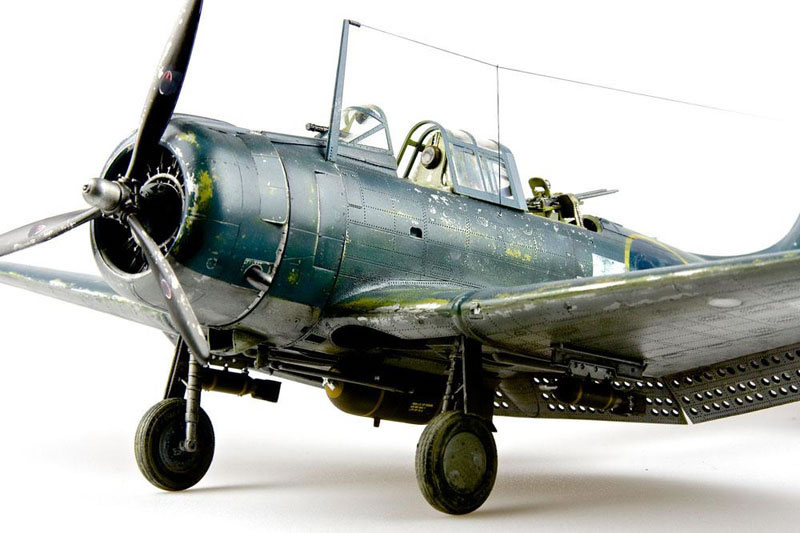 The SBD-4s were handed back to the Marines in Feb-Mar 1944 and replaced with the SBD-5 variant. On March 22 1944, eighteen of these aircraft left for Piva on Bougainville via Henderson Field on Guadalcanal. The morning after they arrived, and in response to massive Japanese attacks on the Marine defenders in the area, they carried out their first operational sorties. Their targets were so close to the airfield that the ground crews were able to watch the entire action from their dispersal bays. Later operations were directed at the large Japanese base areas around Rabaul in New Britain.

The SBD-5s were eventually handed back to the USMC, following which the squadron transitioned to the F4U-1 Corsair, but that’s another story.

The model is pretty much OOB, with a smattering of Eduard PE, from the Trumpeter 1/32 SBD-3/4 kit. It represents NZ5034, one of the rather “clapped-out” SBD-4s used for operational training on Espiritu Santo. This weary old war horse was never used in combat by the RNZAF, but she did prepare the aircrews of No 25 Squadron for later combat operations on the SBD-5. So you could say that she played her part.