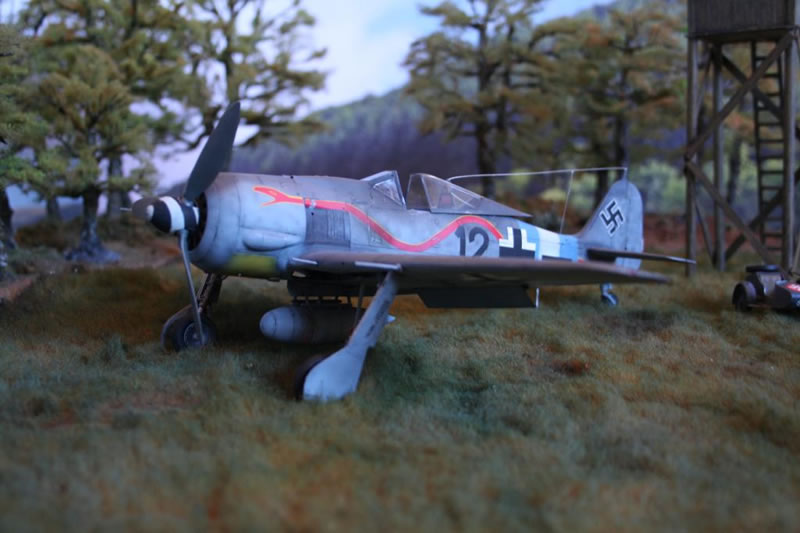 Not much to add about the kit that hasn't already ready been said, it went together well and I had very minimal fit issues. My kit decals didn't look in good shape so I had a look round and settled on EagleCals #79 'Black 12' caught my eye because of the red and yellow snake design. This A-8 was originally flown by JGr.10 which was a small weapons testing unit. The Red/Yellow snake design was carried by the co-called Schlangenschwarm part of this unit. In Spring 1945 they was disbanded and directed to over their aircraft to other units. This aircraft came to 8./JG300 and is still carried the snake design although it was partially fogged over.