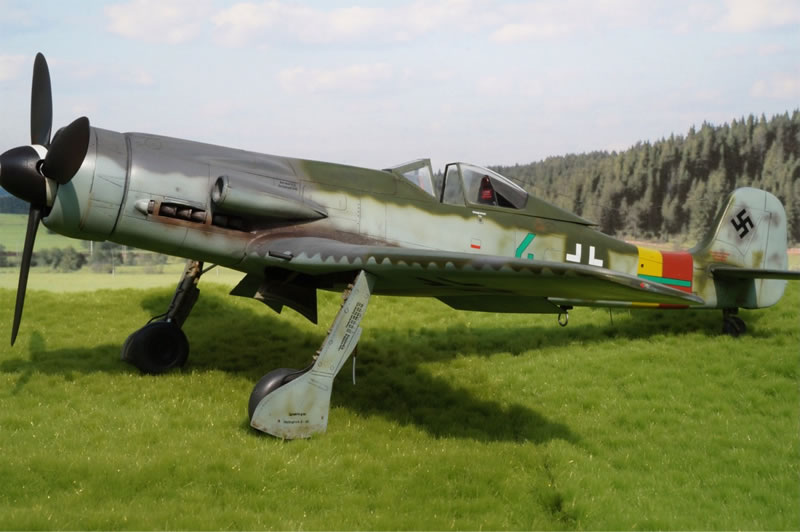 Seems like years since anything rolled off my work bench but here's Pacific Coast Models' 1/32 Ta 152C. Not my best effort, but at least it's done! For a limited run kit the fit was pretty good. Overall level of detail was good, the landing gear and wheel bays were a little lacking. Looking back in retrospect I wish I would have modified the kit to accept some G-Factor landing gear, this would have been a big improvement. The finish is hypothetical based on a JG 301 report that reported two Ta 152Cs on strength at the end of April. Mostly OOB, I added brass tubes for the wing mounted MG 151s and put on some Hasegawa landing flaps. Paint as always is the incomparable Mr. Hobby.