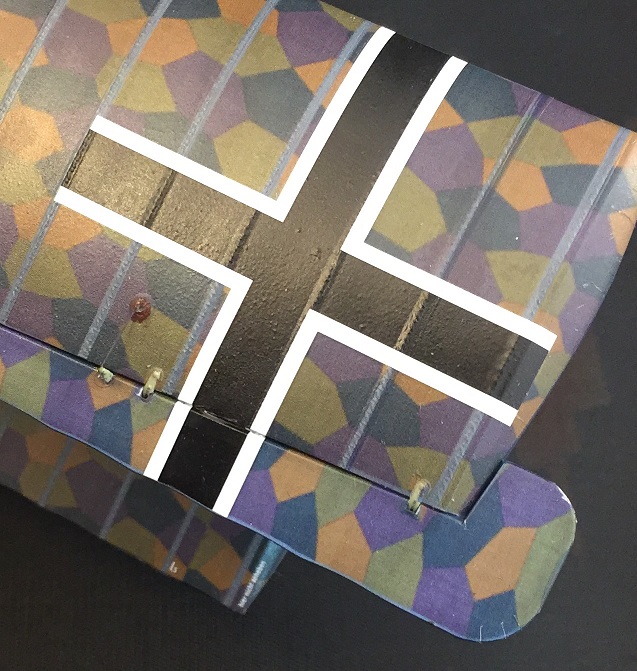 If you are like me when you build WWI German aircraft, at least one of the two following statements applies to you: 1: You do not find it the most enjoyable decal experience to be laying down a strip of lozenge decal, waiting for them to dry, carefully aligning and laying down another strip of lozenge, and repeating over and over again until both sides of upper and lower wings are complete before trimming everything to fit. 2: Wingnut Wings have a decent lozenge decal product in their kits however the colours don't look perfect, and it's not preferred to post-shade a decalled wing to add depth to it.

Enter Aviattic, who came onto the scene within the last two years with carefully researched and beautifully-designed lozenge decal sheets. These sheets have a fabric effect printed in them and what many will argue are the most accurate colours for the dyes used to print lozenge onto the fabric used to cover so many wings and fuselages of German aircraft. The original decal offerings from Aviattic focused on a series of custom-shaped decal sets for the Wingnut Wings Fokker D.VII series of kits. In late 2014, Aviattic followed up these products with sixteen separate custom decal sheets for the Wingnut Roland D.VIa and D.VIb kits. Like the D.VII decal options, there are sets available for both 4-colour and 5-colour lozenge, available in "factory fresh" and "faded" effects, with linen or lozenge print for the rib tapes.

Why clear-backed decals? The answer is simple - this allows the modeler to pre-shade the surface and spray gloss white over this. Once the decals are laid over this surface, there is an instant effect of depth similar to the appearance of 1:1 scale fabric applications. If the modeler chooses, the base colour can be varied between white and another very light gloss colour to simulate