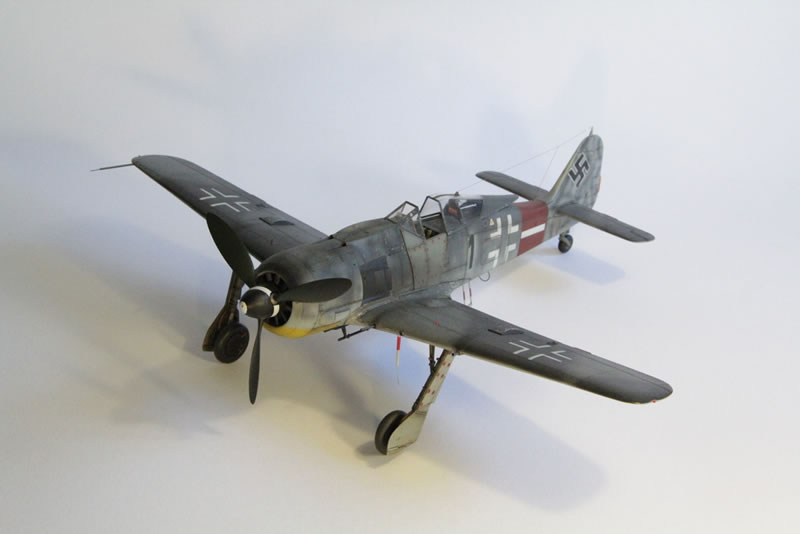 The kit is the Hasegawa Fw 190A-7. When I got it, many crucial parts were broken, worst with the engine cowling that had a crack and stress marks across all over it.

I've modified it to A-8R2, the major part was to move the belly rack forward, which isn't a big deal. Then I scratch-built the armour plates, revi gunsight and antennas. The protection cover on the instrument panel cover was made using soldering wire, the machine guns I used brass tubes and aluminium tube. Note that the engine top mounted MGs aren't there, they were removed on Fw 190 armoured ones, due the extra weight. Some got MG channel covers, some did not, so I went without them. For the vent doors "gills" I used beer can aluminium, they are perfectly curved, pitot tube is brass tube and a piece of guitar string. I riveted the entire Aircraft using the RB Productions riveter.

The specific aircraft I've chosen is Werner Conradt, II.(Sturm)/JG 300, and the armour plates still have the primer on and red oxide protection primer paint, as well the landing gear must be modified due to the increased weight.

All the insignias markings are painted used steel sheet masks and own-cut ones as well. The only decals that I've used are the yellow triangles and the red cross first aid emblem. 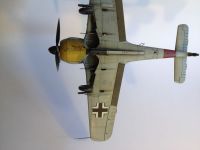 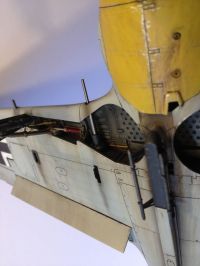 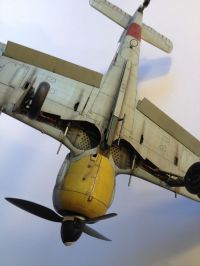 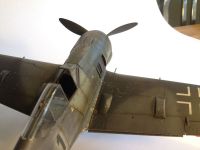 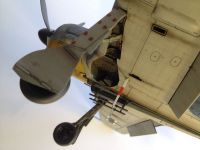