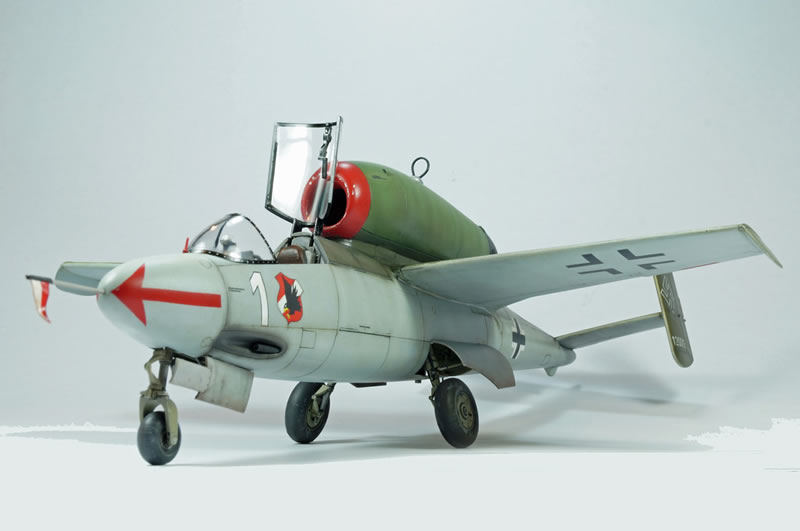 Here is my recently completed He 162 of JG1, depicted immediately before its surrender at Leck airfield during the last days of World War 2. It was piloted by Rudolf Schmitt and had a disputable claim of one aircraft shot down with this airframe.

I have kept the weathering to a minimum, as I think that these aircraft were presented to the allies in quite good condition and it seems as though they were well kept.

Built completely from the box except for a metal pitot tube and cover made from Masking tape.