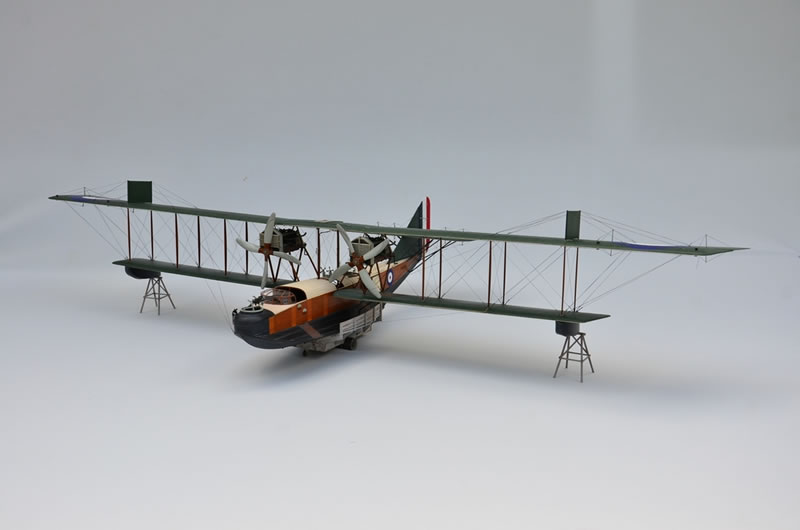 This particular model was completed as aircraft 4291, a Saunders built machine delivered to Killinghome on 20 April 1918. This aircraft, under the command of TC Patterson and AH Munday, shot down Zeppelin L62 over Heligoland on May 10. In July of '18, she was transferred to the fledgling US Naval Air Service, after which it was painted overall black and had spot lamps mounted under the wings for nighttime operations. 4291 came to an inglorious end (along with the US Sailor responsible) when said sailor used a match to check the fuel level in the main tank.